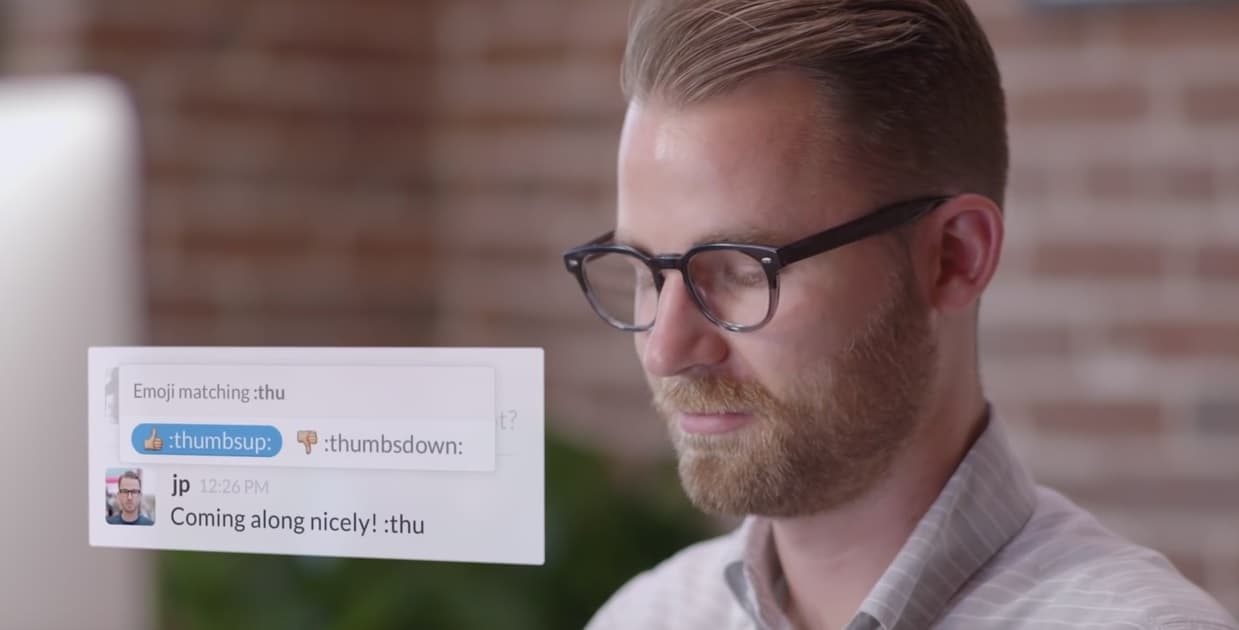 Of course, Slack is a competitive organization itself, and it's not taking this announcement sitting down. It issued a tongue-in-cheek press release "welcoming" Microsoft to the game, and pointing out three main reasons why Slack remains a solid option. We thought we'd take Slack's three reasons and compare them to what Microsoft actually announced, to see if Slack's argument holds any water.

First up, Slack had this to say:

First, and most importantly, it’s not the features that matter. You’re not going to create something people really love by making a big list of Slack’s features and simply checking those boxes. The revolution that has led to millions of people flocking to Slack has been, and continues to be, driven by something much deeper.

Building a product that allows for significant improvements in how people communicate requires a degree of thoughtfulness and craftsmanship that is not common in the development of enterprise software. How far you go in helping companies truly transform to take advantage of this shift in working is even more important than the individual software features you are duplicating.

According to Slack, this whole "communication" thing is difficult and Slack has taken considerable time and effort to understand how people communicate. That's a true statement, certainly, but Slack's assertion here is hard to answer other than saying, "You're not alone, Slack."

Here's what Microsoft had to say about developing Microsoft Teams:

At Microsoft, we are deeply committed to the mission of helping people and organizations achieve more—and reinventing productivity for the cloud and mobile world is core to our ambition. We built Microsoft Teams because we see both tremendous opportunity and tremendous change in how people and teams get work done. Teams are now more agile and organizational structures more flat to keep communications and information flowing. With Microsoft Teams, we aspire to create a more open, digital environment that makes work visible, integrated and accessible—across the team—so everyone can stay in the know.

It sounds to us like Microsoft, too, has taken some considerable time and leveraged their decades-old experience in supporting businesses to develop Teams. We just don't think Slack is alone in having put in the elbow grease in understanding how people communicate and then turning that into a viable communication and collaboration product.

Second, an open platform is essential. Communication is just one part of what humans do on the job. The modern knowledge worker relies on dozens of different products for their daily work, and that number is constantly expanding. These critical business processes and workflows demand the best tools, regardless of vendor.

That’s why we work so hard to find elegant and creative ways to weave third-party software workflows right into Slack. And that’s why there are 750 apps in the Slack App Directory for everything from marketing automation, customer support, and analytics, to project management, CRM, and developer tools. Together with the thousands of applications developed by customers, more than six million apps have been installed on Slack teams so far.

Well, first of all, Microsoft Teams is cross-platform, working on all of the major platforms. Second, Microsoft offers a wide range of solutions that, while not made by other companies, accomplish much of what Slack offers in their App Directory only as part of an integrated solution. There's some value in the full range of what Office 365 has to offer, from the productivity suite itself to SharePoint, Office 365 Groups, Skype, and more.

Furthermore, Microsoft offers its own connectivity to other apps, by offering the same Connector technology as provided with Exchange that supports third-party services like Twitter and GitHub. There's also complete Microsoft Bot Framework support, meaning that both first- and third-party support is already integrated.

In short, it looks like Microsoft has Slack's second "advice" covered as well.

Third, you’ve got to do this with love. You’ll need to take a radically different approach to supporting and partnering with customers to help them adjust to new and better ways of working.

When we push a same-day fix in response to a customer’s tweet, agonize over the best way to slip some humor into release notes, run design sprints with other software vendors to ensure our products work together seamlessly, or achieve a 100-minute average turnaround time for a thoughtful, human response to each support inquiry, that’s not “going above and beyond.” It’s not “us being clever.” That’s how we do. That’s who we are.

Slack says its mission is to "make people’s working lives simpler, more pleasant, and more productive." Of course, that sounds very similar to Microsoft's entire "cloud-first, mobile-first" productivity solutions strategy that's at the core of everything Microsoft is doing. While we can't attest to how much "love" Microsoft is applying in their efforts to put together compelling productivity solutions, we're certain that Microsoft's tens of thousands of employees are at least liking what they're doing.

Whether Microsoft provides the same level of customer service is open to question, and we really don't have an answer. We suspect that Microsoft is doing at least passably well at supporting its organizational customers because otherwise, the company wouldn't be achieving its financial objectives during this massive transition that's underway.

Slack closes with "Slack is here to stay." Well, we're sure that Microsoft is here to stay, as well. And so the longevity of a much smaller, limited-scope, somewhat niche developer isn't necessarily something we'd hold up as proof of their being so much better suited than Microsoft to enter this field.

Let us know in the comments what you think of Slack's response to Microsoft Teams. Perhaps Slack wasn't comparing themselves directly to Microsoft and Microsoft Teams, and we're just reading them the wrong way. But we really don't think so.

Windows 10 continues to grow on Steam, now the favorite of more gamers than ever