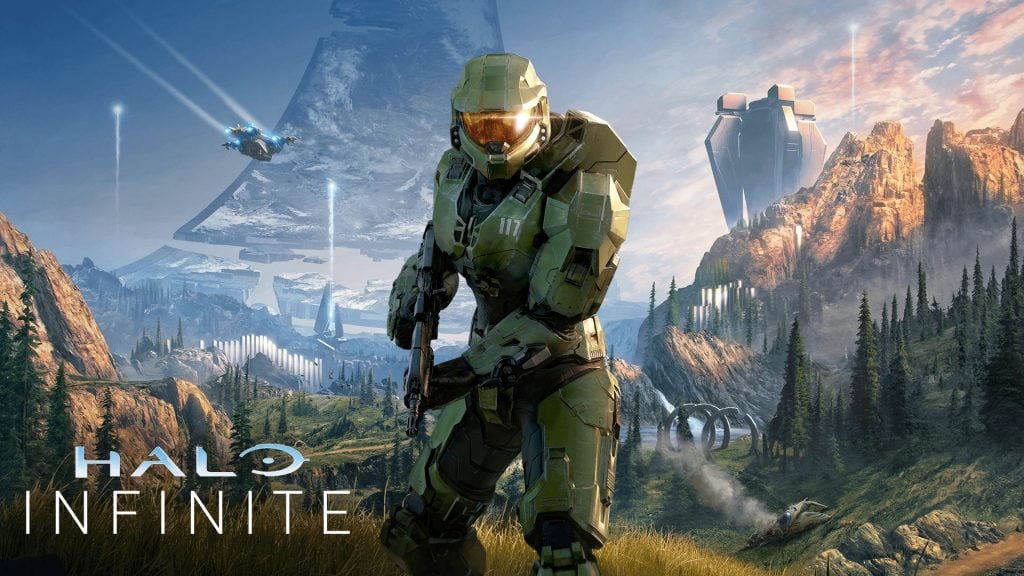 We’re now just a day away from Microsoft’s much-anticipated Xbox Games Showcase, and Halo: Infinite is already guaranteed to be the main attraction. We’ll get our first look at the game’s campaign tomorrow, and developer 343 Industries is getting fans ready today by revealing the game’s box art, along with wallpapers in many different formats that Halo fans can download on this page (these might make great Microsoft Teams background images, just sayin - ed.).

As many Halo fans pointed out today, the box art is an obvious homage to the original Halo: Combat Evolved game, with both images showing Master Chief in the center with a Halo ring in the background. The similarities extend to Master Chief’s armor, which design has moved away from the scratched up look with a darker green color seen in Halo 4 and Halo 5: Guardians in favor of something more traditional.

If most Halo enthusiasts seem to be pleased by the box art for Halo Infinite, some eagle-eyed fans also noticed that Master Chief seems to have gained some sort of grappling hook attached to his left forearm in Halo: Infinite. If accurate, that would be a first in a Halo game, opening up more possibilities to move around than the limited dash moves introduced in Halo 5: Guardians.

Pointed out by several people already, it appears that there is some sort of wrist equipment in the latest Halo Infinite image. Possibly a grappling hook though nothing has been confirmed. pic.twitter.com/JjW0QoJHQb

There are probably many more secrets to uncover in the official box art, but everything will hopefully be revealed during the Xbox Games Showcase tomorrow. Halo: Infinite will be a launch title for the Xbox Series X this holiday season, just like Halo: Combat Evolved was for the original Xbox console that launched in 2001. Let's home that this new Halo adventure will leave an even bigger mark than the original game.

The game within the game - YouTuber creates "Minecraft in Minecraft” hack