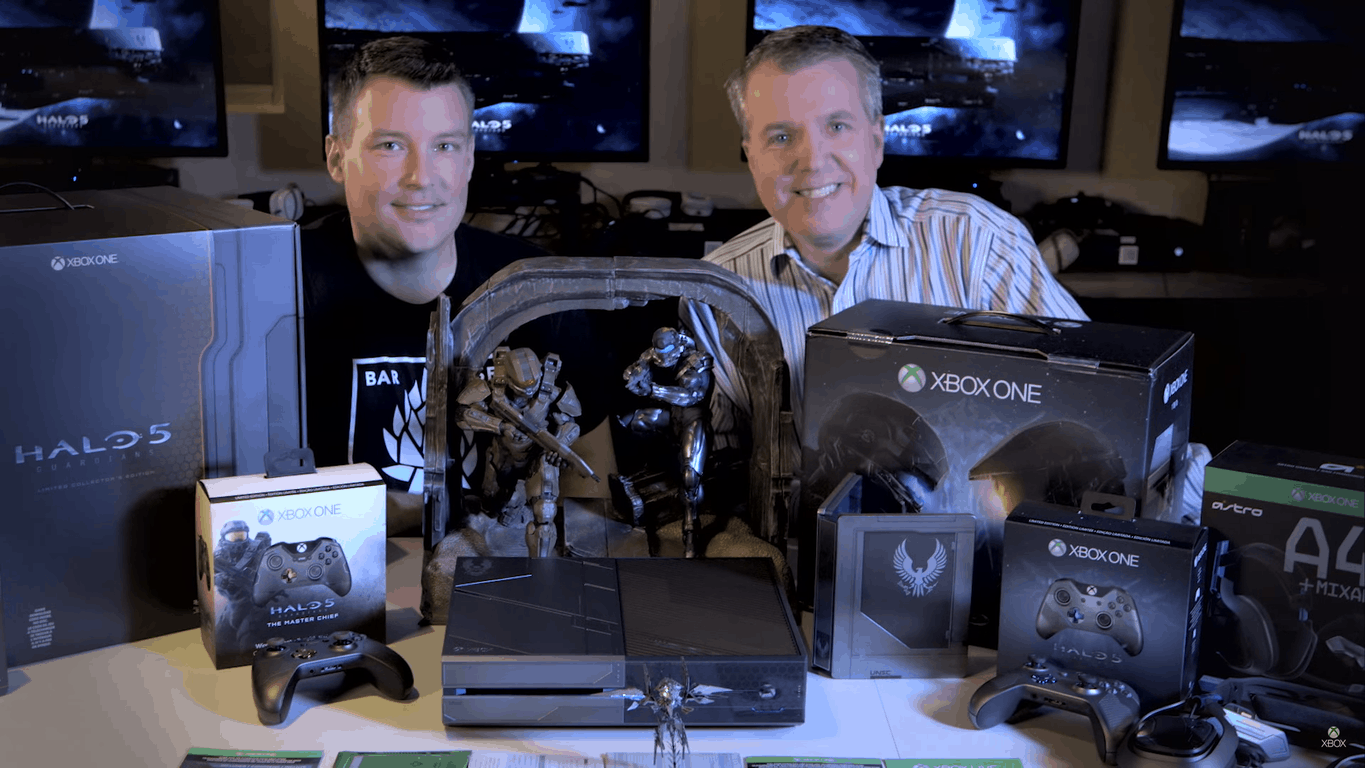 Microsoft and development studio 343 Industries are cranking the hype up a notch for Halo 5: Guardians; which is due for release in just over a week on October 27. Up until now, there have been numerous videos detailing the game including documentaries and the Halo 5 cinematic trailer. Now, Larry Hryb and Josh Holmes (Executive Producer of the game) have released a video showcasing all the sweet merchandise being released for the latest game in the iconic series. There are different levels of Halo 5 goodies to be had and as ever, the more money you spend, the better it gets. Read on to see what you can get your hands on.


Halo 5: Guardians Xbox One Game
Firstly, if all you want is the game by itself, it can be pre-ordered now for $59.99. However, you may want to look at the limited editions below before spending your money on that.
Halo 5: Guardians Limited Edition
This is the next level up from just buying the game by itself and it comes with lots of added extras. All of which can be pre-ordered now for $99.99:
Halo 5: Guardians Limited Collector’s Edition
This pack includes all the merchandise in the Limited Edition above but it includes a couple of extra bonuses. It can be pre-ordered on Amazon for $249.99.
Here you get a digital copy of the game instead of a physical disk, so you can pre-download the game starting on Oct. 20. While the game won't be available to play on that date, it will be ready to go on release day: Oct. 27.
Also included in this pack is a beautifully crafted commemorative statue of the Master Chief and Spartan Locke, which can be split in two because it's held together by magnets. Genius.

If it's not obvious by now, Microsoft is going "all in" with Halo 5: Guardians and that's a smart move. The Halo franchise is hugely popular and demand for this game is going to be intense. We wouldn't be surprised if this game increases the sales figures of the Xbox One at least for the game release month.