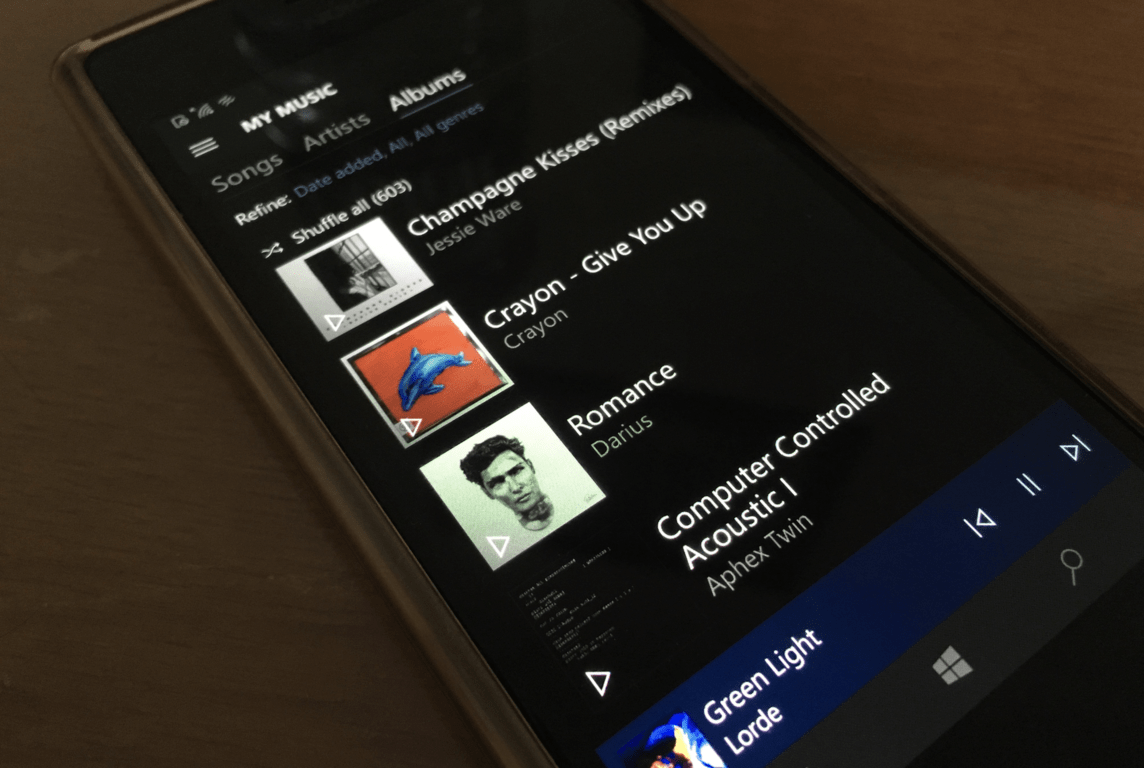 Microsoft may be pushing Groove Music users to switch to Spotify these days, but the music streaming and its unsupported app isn’t really a good alternative on Windows 10 Mobile as of today. Even after losing its Groove Music Pass features, Microsoft's music app remain a great solution for playing both local tracks and OneDrive music, and the latest update for the Groove Music app on Windows 10 Mobile introduced a couple of useful new features (via Windows Latest).

First of all, you’ll notice new options in Settings for modifying your storage settings, as well as for manually syncing your OneDrive music collection when you need it. There is also a new option for displaying the now playing artist on your lock screen. Moreover, there is a new “Play next” option that appears after doing a long press on an album or a single track.

There is still no trace of the equalizer feature that recently appeared on the desktop, and it remains to be seen if it will be added in a future update. Does Groove remain your favorite music app on Windows 10 Mobile, or did you find better alternatives in the Microsoft Store? Let us know below.