With no official Grindr app for Microsoft’s Windows phones, most fans of the gay dating/friend-finder iOS and Android app are forced to either try an alternative service or experiment with unlicensed third-party Grindr apps.

One such third-party app, Meet’m, returned to the Windows Store after previously being pulled with a few new updates earlier this week but, as reported by MSPowerUser, many users have found that their accounts are getting suspended soon after logging in. The issue seems to be with Grindr, which doesn’t like people accessing its database on unofficial apps. When logging back in on the official Grindr app on iOS and Android though, the accounts seem to be made functional again. Moral of the story? If you want to grind, do it officially.

Grindr is a very popular app for helping gay and bi men connect with others for drinks, friendship, relationships, and more. The service is free to use but does have some premium features that users can pay for. No official Grindr app appears to be planned for Windows phone users in the foreseeable future.

Do you use dating apps on your Windows phone? Share your favorites with the community in the comments below. 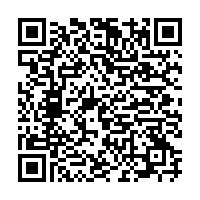