Get paid for your photos with Trove, a Microsoft Garage project 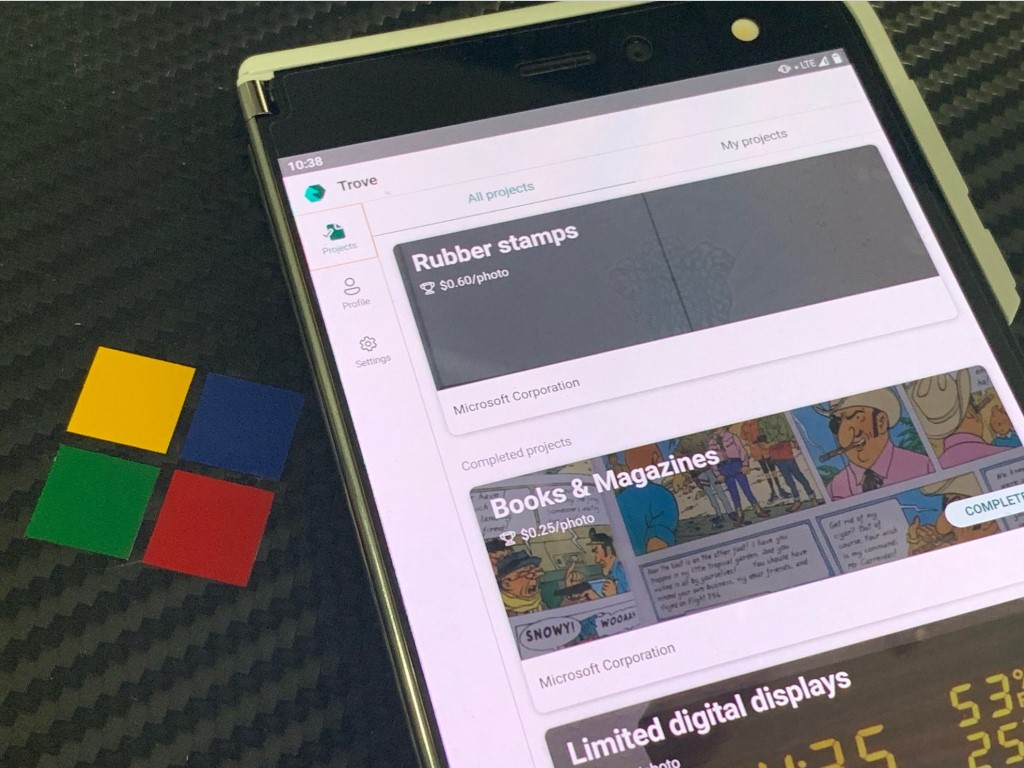 Ever wanted to make money for taking some super simple photos? Well, now you can. Microsoft recently announced a big update for Trove, a Microsoft Garage project. Now, anyone with the app can get paid via PayPal for uploading photos to AI projects in the Trove marketplace.

Available for download on Android, here, or on the web here, Microsoft officially expanded the service beyond what was announced in May 2020 when it launched. It’s still only available in the United States, but Trove is simple to use. All you need to do is download the app, and then find a list of projects that will pay you for your photos. Then, you submit your photos from the camera roll or gallery, and it will be approved by Microsoft after a few days.

As an example, currently, there is an open project for Rubber Stamps. Simply take photos of stamps, submit it, and then await payment from Microsoft in PayPal after connecting your accounts. Average pay is about 50 or 60 cents per photo, depending on what project you’re contributing to.

But what is Trove? According to Microsoft, Trove is a marketplace app. It essentially allows people to contribute photos to open AI projects. Developers can then take the photos and use them to train machine learning models.