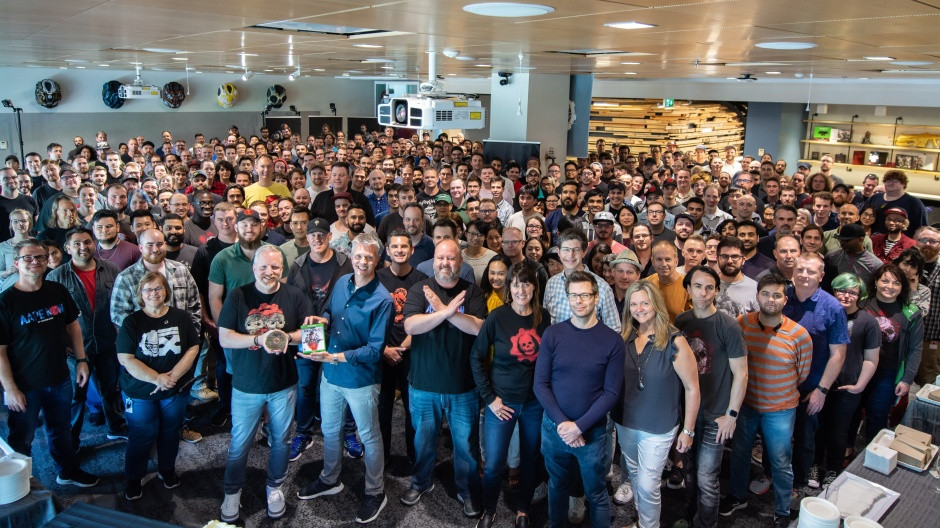 Fans eagerly awaiting the upcoming fifth installment of the Gears of War franchise should be excited to know that the development team has reached a major milestone and ready to release their project to the rest of the world.

According to a post on Xbox News, the upcoming Gears 5 games has reached Gold status and should is ready to ship to manufacturers ahead of its September 6, 2019, Game Pass release date and September 10, 2019 release on PC and Xbox One.

“From all of us at The Coalition, we couldn’t be more excited to share Gears 5 with the world. I want to thank the team here who have worked so hard for our fans, and we all hope you are all as excited as we are to play Gears 5,” said Rod Fergusson, Studio Head at The Coalition. “This is furthest we have ever taken the franchise, living our studio mantra of ‘if you want to go far go together’.”

For those unfamiliar with the Gold status nomenclature, it’s a gaming industry term borrowed from the traditional music processing days which indicates that a song, or in this case, a game is in its final stage in the product development cycle. More specifically, “going gold,” meant that a game was ready to be burnt on to a CD for mass replication that would then be shipped to distributors and because most writable CDs were gold in color back in the day, the term obvious parallel was established.

Regardless of its historical relevance, Gears 5 “going gold” means that fans are one step closer to trying out, cross-play, new campaign modes, maps, and achievements all in glorious 4K HDR and 60 FPS fidelity.

In lue of The Coalition’s excitement in reaching Gold status, the team has published the full 70 plus achievement list on the Xbox News website.

Adding to the excitement for the fans, we’re also unveiling the full achievement list for Gears 5. You’ll be able to add to your Gamerscore across 71 achievements spanning Campaign, Escape, Versus, Horde, Map Builder and more. Whether defeating 50 waves in Horde or completing an Escape Hive without firing a single shot, dedicated players will have challenges of all types to tackle and overcome in Gears 5 while racking up another 1,000 points. Lancers up to those looking to complete Seriously 5.0.

The full list can be found here, and for those looking to see some actual gameplay before the release, members of The Coalition will be at Gamescom and demoing the all-new Horde Mode followed by the official Story trailer release on Inside Xbox on Monday, August 19, 2019, at 5:00 p.m. CEST (8:00 a.m. PDT).