Forza Horizon 4, the most anticipated Xbox exclusive of 2018, is now available worldwide on Xbox One and Windows 10. The open world racing game is also available on Xbox Games Pass today, and it’s probably the best reason to subscribe to the gaming subscription service since its June 2017 launch.

Just like its predecessor, Forza Horizon 4 received universal acclaim and is one of the highest-rated Microsoft Studios games for this console generation. In our own review, we noted that this is a great casual game with a fun progression system, and the addition of weekly seasonal changes (complete with limited-time challenges) should be a great incentive to launch the game every now and then.

Owners of the Forza Horizon 4’s Ultimate Edition got early access to the game on September 28, but Playground Games released yesterday a new update that addresses various issues on Xbox One and Windows 10 (via Neowin). You can check the full release notes below:

Please remember that Forza Horizon 4 is an Xbox Play Anywhere game, with support for crossplay multiplayer and shared progression across Xbox One and Windows 10. If you don't want to spend $59.99 on the Standard Edition today, we invite you to take advantage of the 14-day Xbox Games Pass free trial to check out everything the game has to offer. 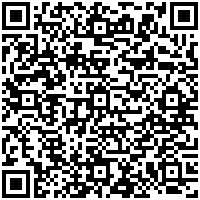