Yesterday’s Fortnite content update finally added the Cube Queen character and a host of associated items to the mega-popular video game on Xbox One, Xbox Series X, Windows, and all other supported platforms.

Among the more noteworthy of the Cube Queen items added is the Queen’s Procession, a completely new type of glider.

Gliders are used by all players to slow their character’s descent after they jump out of the Battle Bus at the beginning of each match. Throughout the Chapter 1 seasons, the gliders consisted of, well, actual gliders with various different appearances ranging from basic color changes (red, pink, or with a pattern) to radical reinventions (a glider that looks like a Chinese temple or a spaceship).

No matter how different the gliders looked though, they all functioned the same with the player character hanging onto them from underneath as they opened.

Chapter 2, the current collection of Fortnite seasons, introduced a new surfing type of glider that allowed characters to surf objects ranging from meteors to actual surfboards. A floating glider type was also added in Chapter 2 that essentially let certain characters float down to the map. Some of these floating gliders would incorporate wing animations while others would use magic, mutant powers, or robotic thrusters, but they all essentially functioned the same.

The Queen’s Procession is quite different than the three established types of gliders as it actually has the character walk down a flight of stairs that appear in the sky instead of hanging, surfing, or floating.

Love this new type of glider that was just added to Fortnite.

Right now, the Queen’s Procession glider only works with the new Cube Queen character but it stands to reason that Epic Games would release more gliders using this style going forward, just as they’ve done with the newer surfing and floating ones. 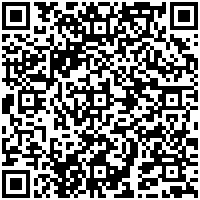