It’s football season, and Bing Predicts is ready with another year of prophecy 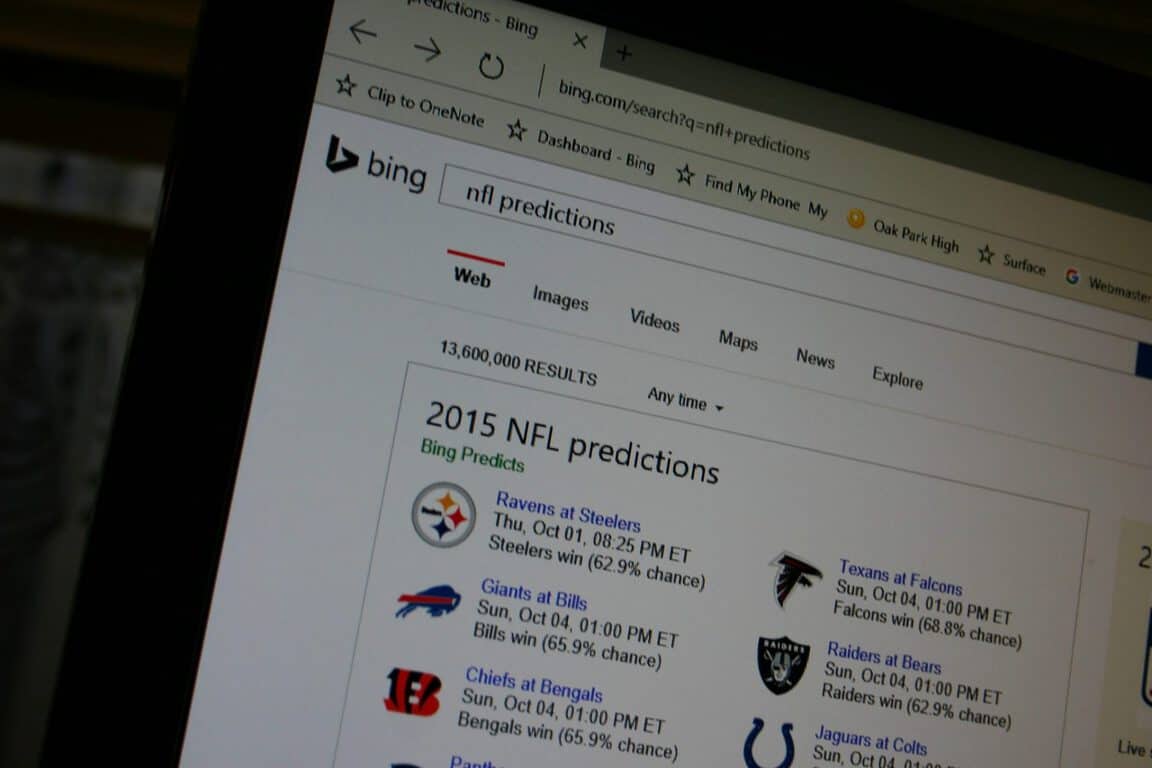 Leading off Bing’s set of NFL predictions is the weekly prediction for your favorite teams, and the Super Bowl and playoff predictions. Additionally, fantasy projections, and divisional and wild card predictions are also included in Bing’s prophecies as well.  It is worth nothing that when you search for your favorite team, you will even see a blue flag which tells you more about the team’s chances at winning its weekly matchup.

Of course, Bing also has you covered for everything that happens before, during, and after every NFL game. The Microsoft search engine will show you each team’s stats and leaders before the game, and give you up to date scoring drives during the game. Then, after the game, you can search for postgame highlights, results, and much more.

Are you excited for the start of NFL Season? Will you be using Bing Predicts to help you set your fantasy league? Let us know your thoughts in the comments below.