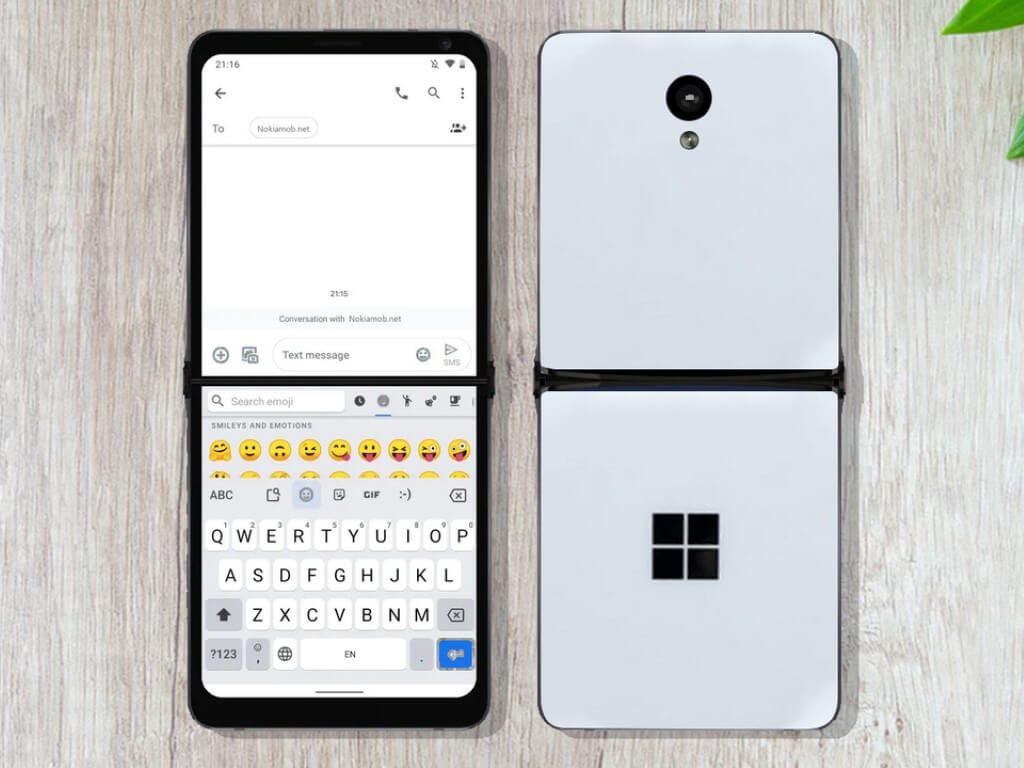 Ever wonder what Microsoft could do if it came out with a version of the Samsung Galaxy Z Flip? Well, that's one what Redditor recently took it on themselves to figure out, with a new "Surface Duo Slim" concept, showcasing a Microsoft Android phone that we all only could dream of (via Windows Central.)

The work of Reddit user Sapounii, this concept is one that might flip your mind a bit. It shows a foldable device in the signature Surface Glacier color, with a hinge in the middle, a camera hump on the outside top, and with a Surface logo on the outside bottom. Yet, instead of folding as a book would, this Surace Duo Slim concept folds like a traditional flip phone. The other difference? There are actually two screens instead of one folding screen, with a black hinge down the middle.

Such a device might not be very useful for day-to-day things like texting with that black hinge in the middle interrupting content, but it is pretty interesting. It is not the first time we've seen a Surface phone kind of concept either. Right after the original Surface Duo was released, a Surface fan created the Surface Solo concept, a Surface phone with a similar design as the Duo, but in a conventional form factor.

With Microsoft investing deeply into Android efforts, you never know what might end up happening. While Surface Duo Slim won't ever come to life, we can dream of a traditional Surface-branded Android phone.