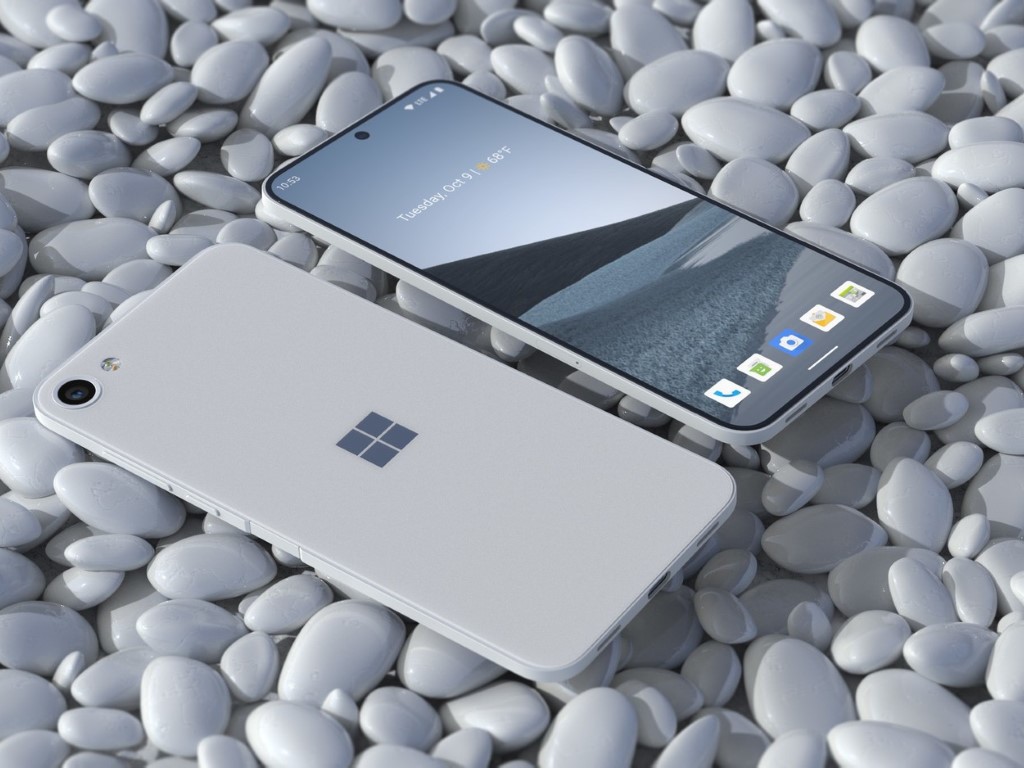 The Surface Duo just launched yesterday, but one artist has a new vision of a Microsoft Android-powered phone that’s not dual-screen. On Twitter, Jonas Dehnert recently shared a photo of what he calls Surface Solo, a Surface phone with a similar design as the Duo, but in a conventional form factor.

Seen above, the Surface Solo is a really interesting concept, to say the least. You can see that the sides of the Surface Solo are a lot like the one on the Duo, with a fingerprint reader, and a volume rocker button. You’ll also notice that it features what appears to be a magnesium finish around the sides, as well as a glass back. And, for those who are critical of the Duo’s thick bezels and unconventional camera, this concept features a tiny punch-hole selfie. a near bezel-less display, and a traditional rear-facing camera.

On the screen, the device is even powered by Microsoft Launcher, too, apparently, as you can see the Launcher’s icons on the bottom of the screen. Not surprising, considering the Duo is powered by Microsoft Launcher, as well. It also appears to keep a traditional aspect ratio, similar to an iPhone or a Pixel and isn’t quite as square as the Duo is.

As with all fan-made concepts, the Surface Solo is not likely to become a reality at all. It’s still a fun concept, though, and perhaps a look at what could have been if Microsoft wasn’t out to innovate the Surface lineup and push it to new boundaries with a dual-screen phone.