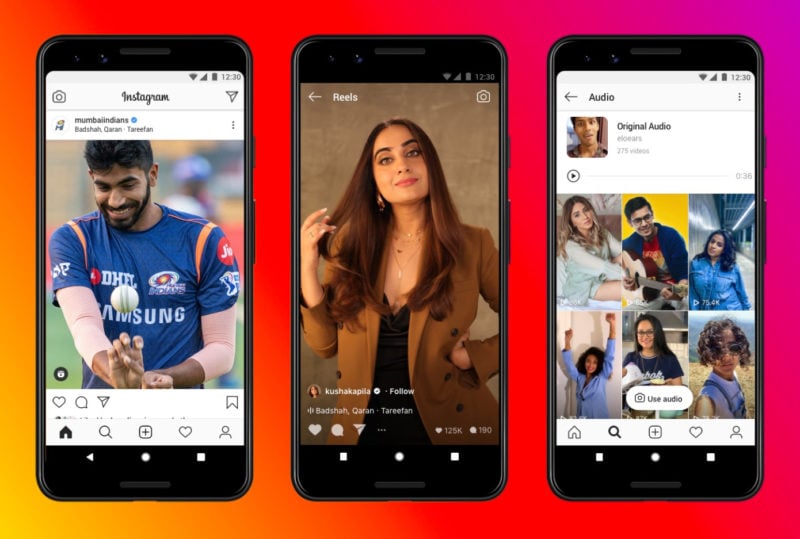 Facebook today announced a new TikTok like feature "Reels" is rolling out to Instagram users. The editing tool lets users record and edit short videos clips, and scroll through a feed of other user's clips. Instagram has released its new service in more than 50 countries, including the US, UK, Australia, and Japan, on both Android and iOS.

"Reels invites you to create fun videos to share with your friends or anyone on Instagram. Record and edit 15-second multi-clip videos with audio, effects and new creative tools. You can share reels with your followers in Feed and if you have a public account you can make them available to the wider Instagram community through a new space in Explore. Reels in Explore offers anyone the chance to become a creator on Instagram and reach new audiences on a global stage," the company explained.

Instagram users can head over to the bottom of the camera screen to create new Reels. The feature comes with a bunch of new editing tools, and the list includes AR Effects, Timer and Countdown, alignment options with previous clips, as well as speed controls. The recent update has also added the ability to add audio in the form of songs from the Instagram Music library in video clips. Instagram allows users to record Reels either all at once or in a series of clips. There is also an option to upload videos from the photo gallery as well.

Facebook first started testing Reels back in November 2019 with users in Brazil, before making it available to in some other countries such as India, Germany, and France. The launch of Instagram's Reels in the United States comes at a time when the Trump administration is threatening to ban TikTok nationwide, and Microsoft has emerged as a potential buyer. The Redmond giant may face increased competition if it goes ahead to acquire TikTok over the next few weeks.