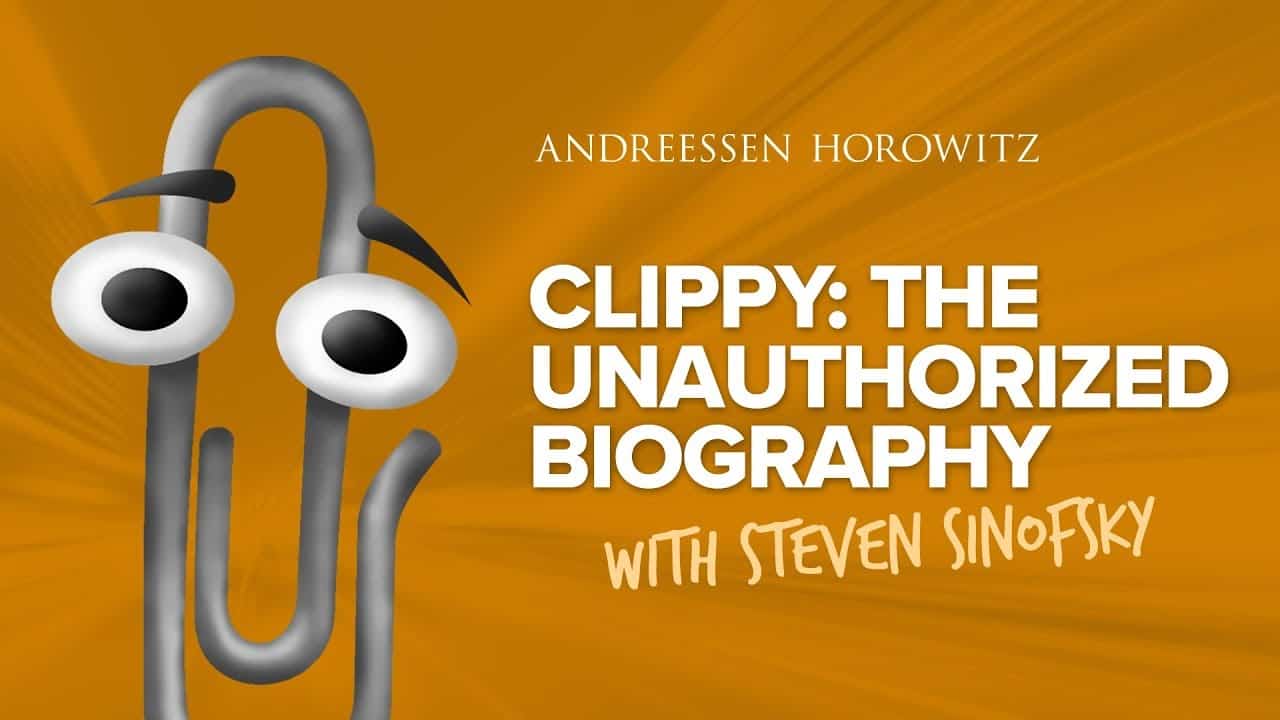 Over the past 20 years, Microsoft has built several products that didn’t fare very well in the market, to the point where they even became subject of mockery. From Microsoft Bob to Clippy to the short-lived Kin mobile phone, it seems that Clippy may be probably the rare exception that now generates some kind of nostalgia among long-time Microsoft fans.

Clippy (née Clipit) has been officially retired in April 2011, and eight years after its demise Steven Sinosfky, the former President of the Windows Division has participated to an hour and 14 minute long "unauthorized biography" of the Office Assistant. This is actually from the latest a16z podcast from Andreessen Horowitz, a private American venture capital firm that Sinofsky joined as a Board partner after leaving Microsoft back in 2012.

As a person who previously had a key role on the development of Microsoft Office, Sinofsky has some unique insights about what was pretty much a very early version of the digital assistants many of us now use almost every day. “In the 90's software was really hard to use”, explained Sinofsky in a long Twitter thread, adding that “the choice to take on massive risk in a feature like Clip-It should not be under-estimated. I love this part of that era of MS. Taking risk as a leader, regardless of how secure, is a truly differentiated part of culture,” he continued.

Microsoft obviously failed to achieve what it wanted to do with Clippy, but the former Office Assistant still has its fans after all these years. As a matter of fact, Clippy was almost resurrected as a downloadable pack of stickers for Microsoft Teams last month, but the software giant quickly removed them from the Internet. "Clippy is flattered by all the attention but plans to continue his retirement," a Microsoft employee announced on the Microsoft Teams feedback website.