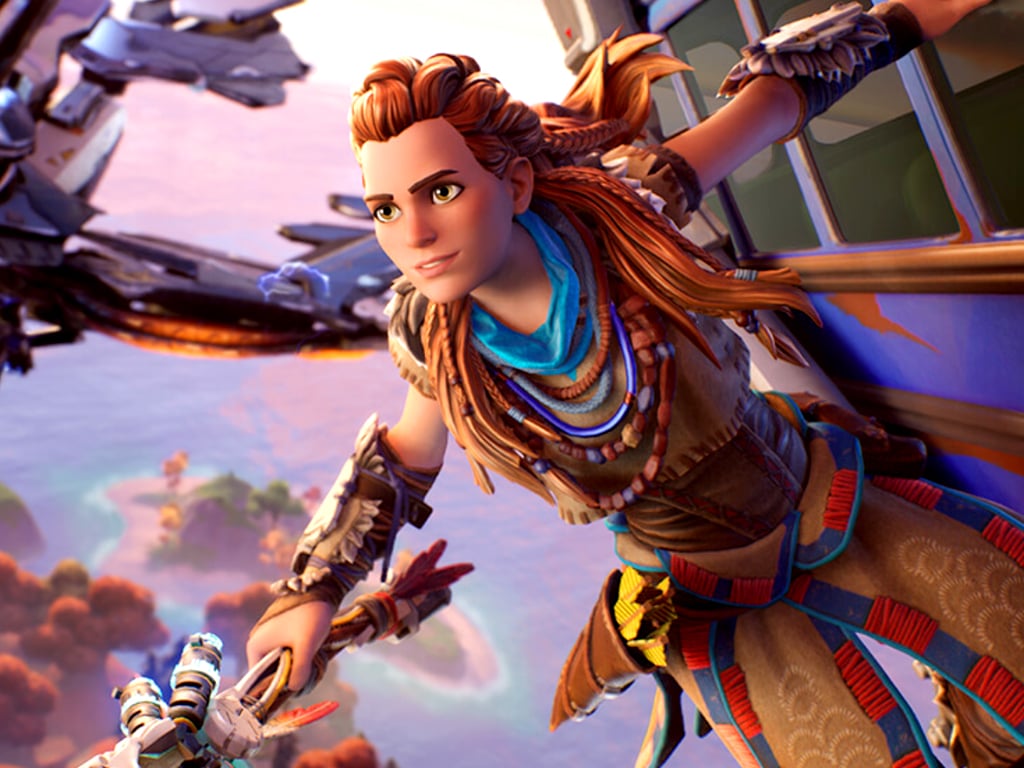 While the industry's eyes are peeled on how Epic Games' lawsuit alleging Apple's App Store of anticompetitive behavior shakes out, the early discovery portion of the trial is already fielding casualties of association.

As Epic Games builds its case against Apple, emails between itself and Sony were unmasked presumably as they relate to cross-platform gaming. Among the piles of communications, Epic Games had with partners, a particular correspondence between Epic and Sony has come to light. Several emails between Sony and Epic illuminate the rather anti-gamer/pro revenue position Sony maintained to keep Crossplay functionality from becoming a feature on its platform. 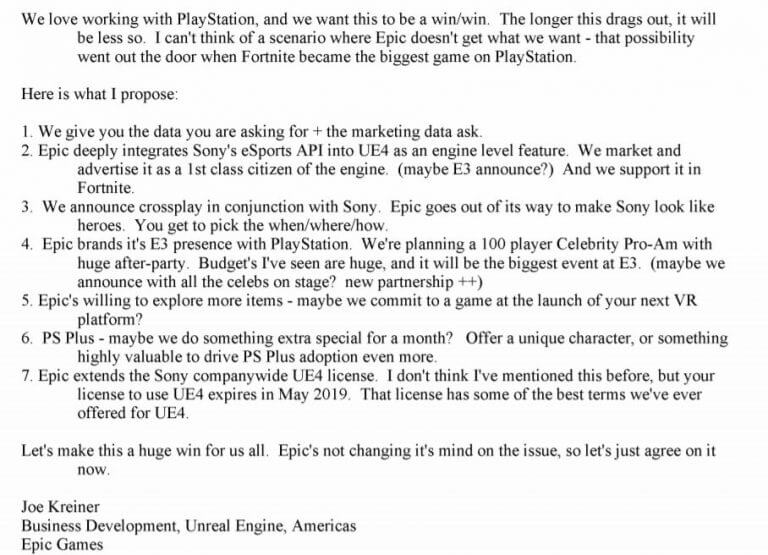 Despite Epic dangling in font of Sony, exclusive promotions, conference partnerships, and various other ties in with one of the most profitable and culturally relevant games in Fortnite, Epic was unable to sway Sony's decision to enable Crossplay between gamers on different hardware at the time.

Instead, Sony held onto the position that, "many companies are exploring this idea and not a single one can explain how cross-console play improves the PlayStation business."

When Sony finally did warm to the idea, it was only in the context of revenue sharing and truncating potential revenue loss and not encouraging broader gaming experiences between already contentious console fans. 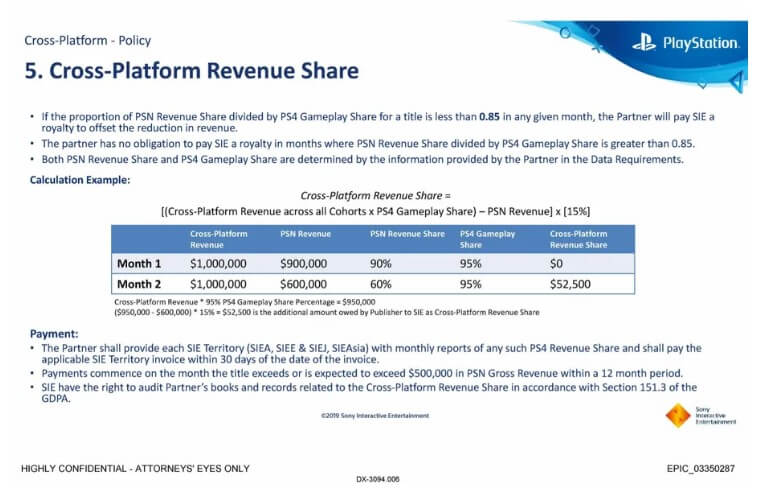 Documents show that as late as 2019, Sony devised a compromise to participate in Crossplay by introducing a "Cross-Platform Revenue Share" which would force publishers to pay Sony a royalty when PS gamers contributed more to a certain percentage of total cross-platform game profit. In effect, Cross-Platform Revenue Share would be put into place to prevent Sony from taking any potential losses in revenue that otherwise would have been had through exclusive play solely on the PS Network.

In addition to forcing publishers to pay out of pocket for continued gameplay, Sony's CPRS also required a kill switch be baked into the Crossplay functionality that would disable all cross-platform interactions.

While all of the above seems clearly anti-gamer on the part of Sony, it's unclear at this point, what stipulations and concessions were made by publishers to get Microsoft and Nintendo on board the Crossplay train.

It's early in the Epic Games v. Apple trial and we expect to see more confidential industry news surface that'll give more insight into the complex business of gaming. For its part, Microsoft seems to be backing Epic Games position both in spirit and practice as it recently lowered its own percentage share with publishers in its game store.