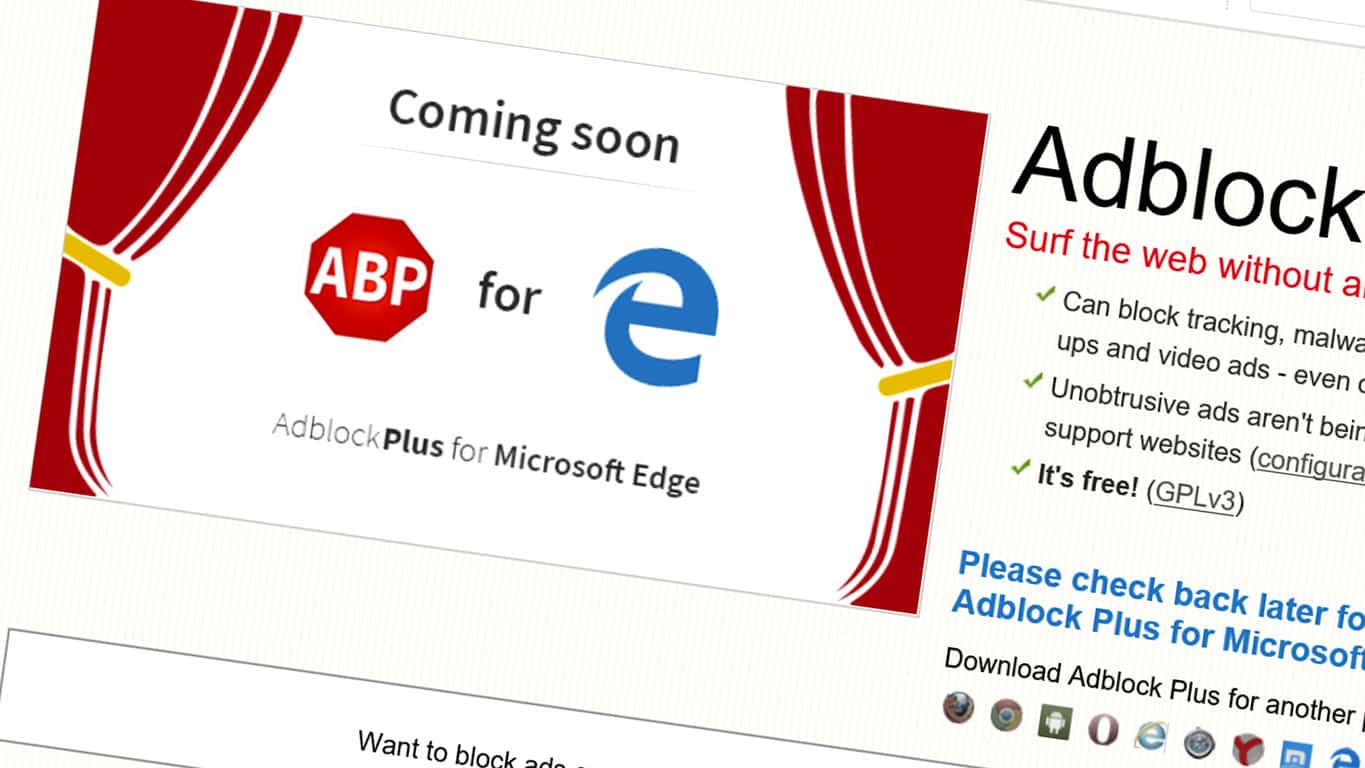 There were reports yesterday that Microsoft’s new web browser, Microsoft Edge, would include native ad blocking. Despite documentation that seemed to state that relatively clearly, it is not the case. Jacob Rossi, an engineer for Microsoft Edge, clarified how ad blocking will work within Microsoft Edge.

Ad blocking will be available, but it will be through third party extensions such as Adblock and Adblock Plus, not natively built into the browser.

We are not building a native ad blocker within MS Edge, but we will support third party ad blockers like AdBlock and AdBlock Plus

Ad blocking is quite popular amongst web users but is controversial within the web community. Many websites rely on ad revenue that is affected by ad blocking. Microsoft having an ad blocking web browser could sour some journalists and bloggers but those content creators can’t justifiably be upset at Microsoft for simply supporting extensions.