This new naming should sound familiar to most gamers as EA Play is also the name of the annual video game experience where EA shows off all of their latest titles and announces new, upcoming ones. This rebranding of the various membership plans under the EA Play brand should make it much easier to understand for those new to EA and who may have possible been confusing EA Access with early access or beta gameplay experiences.

The pricing and features for the newly-named EA Play and EA Play Pro will remain the same and further improvements are promised in the near future such as the addition of exclusive in-game challenges and monthly reward drops. The later sounds similar to what Prime Gaming (previously Twitch/Amazon Prime) offers its subscribers.

Here’s the official list of features for each plan.

EA Play Pro members get everything above plus:

EA Play is available on Windows devices and Microsoft’s family of Xbox One consoles. It will also expand to Steam gamers later this month on August 31st.

Are you a current subscriber to EA Play or EA Play Pro? Let us know if you like these changes in the comments below and then follow us on Pinterest and Facebook for more gaming news. 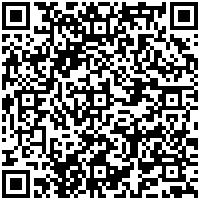