During EA's E3 conference this week, the company released more gameplay footage of the upcoming Anthem video game, launched an official trailer, and made live all of the digital pre-order pages in the Microsoft Store.

Anthem is officially due for release on February 22nd 2019 on Xbox One and will come in two versions, a Standard Edition and a special Legion of Dawn Edition. Pre-orders of both versions will grant gamers access to pre-launch demos, a Founders player banner, and a Legion of Dawn Legendary Ranger armor pack and weapon. Legion of Dawn Edition pre-orders will also unlock Legendary weapon and armor for the game's three other classes plus the Ranger javelin gear attachment and the Anthem digital soundtrack.

Xbox One owners can pre-order the Anthem Standard Edition here and the Legion of Dawn Edition here.

On a world left unfinished by the gods, a shadowy faction threatens all of humankind. The only thing that stands between these villains and the ancient technology they covet are the Freelancers. Join with up to three other players and assemble high-tech, hand-crafted, uniquely powerful exosuits. Explore vast ruins, battle deadly enemies, and claim otherworldly artifacts. With every mission, you and your Javelin exosuits grow in power. Fight the dangers of an ever-changing world. Rise united to defeat evil. Triumph as one. Anthem invites you to experience a co-operative Action-RPG set in a new and mysterious world from BioWare™ and EA.

Are you excited for Anthem and will you pre-order it on your Xbox One? Share the hype with the community in the comments below and make sure to follow us on Pinterest for more Xbox content. 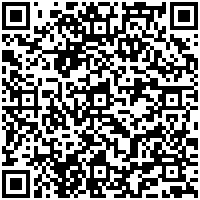