Do you want an actual Xbox Series X fridge? Now is your chance to enter to win one - OnMSFT.com Skip to content
We're hedging our bets! You can now follow OnMSFT.com on Mastadon or Tumblr! 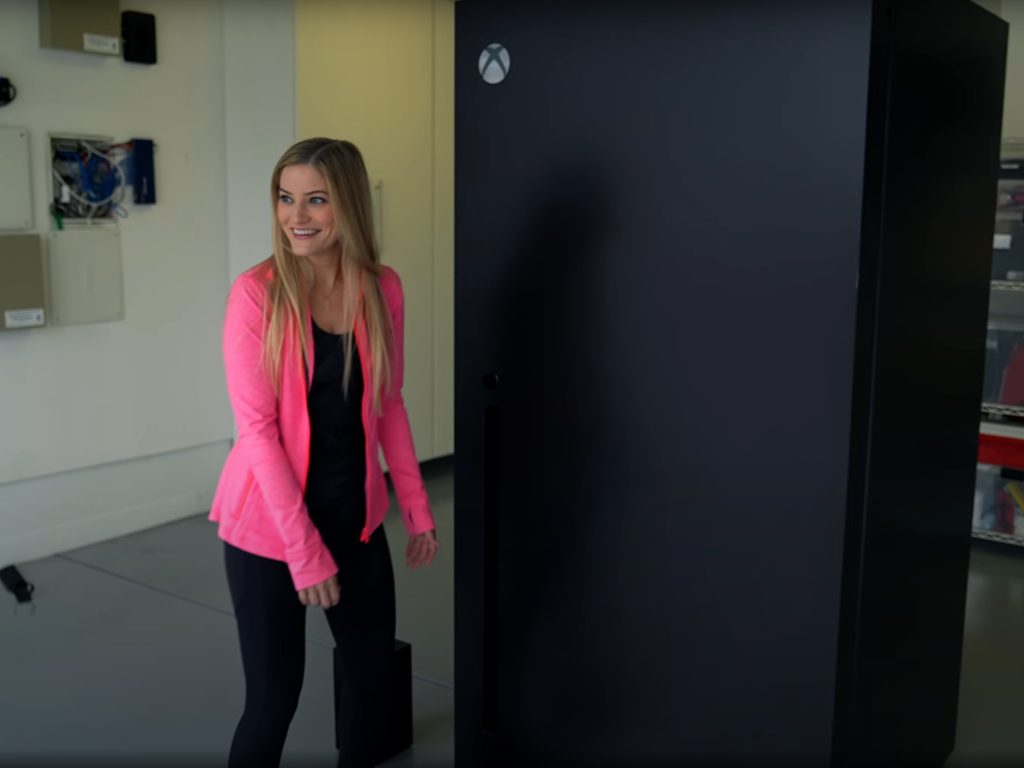 When the Xbox Series X was first unveiled, you might remember the internet memes where people compared the overall design and size of the next-gen console to an actual mini-fridge. Well, Microsoft's marketing team took advantage of that moment and recently sent an Xbox Series X designed fridge to the tech reviewer iJustine and the rapper Snoop Dogg, but now you can enter to win one, too.

Follow and retweet with #XSXFridgeSweeps for a chance to win the Xbox Series X Fridge.

Just like Justine and Snoop Dogg's Series X fridges, this one comes encased in a giant box similar to the retail packaging of the actual console, as our own Laurent Giret unboxed earlier today. And, when it opens, it has green lighting on the inside, like the Series X has up its top. It also appears as though Microsoft has stocked some goodies inside too, as we can see some Forza-themed cupcakes in the door. Microsoft even jokes that the Fridge "Utilizes the latest in cooling technology," too.

Anyway, you can enter to win one yourself. All you need to do is follow the Xbox Twitter account, and retweet the Tweet we have embedded above. The giveaway will end on November 4th and you can see the full rules and restriction over at Microsoft.