Microsoft’s next-gen Xbox Series X console won’t start shipping until November 10, but we recently got our hands on a review unit. We’re now ready to share our first look at the new console and its retail box with you today, though we’ll have to wait a bit before we’re able to discuss the general console experience.

First of all, I’d like to thank Microsoft for sending us this Xbox Series X review unit, which is the final hardware that will consumers around the world will get on November 10. I also plan to unbox and review the Xbox Series S which I pre-ordered with my own money. The Xbox Series X is definitely going to be the main attraction for Xbox fans this holiday season, but the Xbox Series S should also be very attractive thanks to its smaller form factor and affordable pricing.

But let’s go back to the Xbox Series X: The retail box itself is smaller than what I expected, and it’s slightly less wide than the Xbox One X retail box I still have in my home. On the front, you can see a close-up shot of the Series X’s top vent, with the inside of the inner holes painted in the green Xbox color. On the bottom right corner, Microsoft added small logos for 4K 120FPS, the Xbox Velocity Architecture, and the 1TB SSD.

The back of the retail box has a “Power your Dreams” message above a picture of Halo Infinite, a game that has unfortunately been delayed to next year. The left and right side show a full picture of the console and its new controller, as well as details about other features such as 8K HDR and Variable Refresh Rate (VRR), plus a list of what’s included in the box. 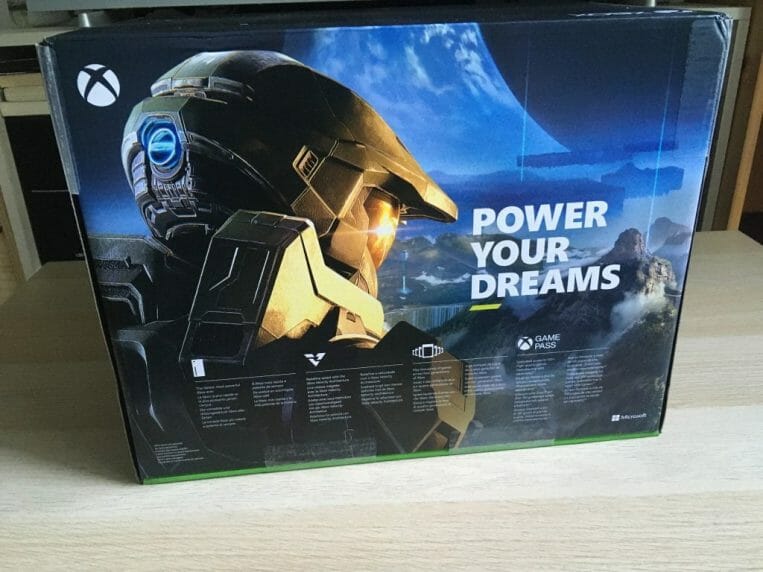 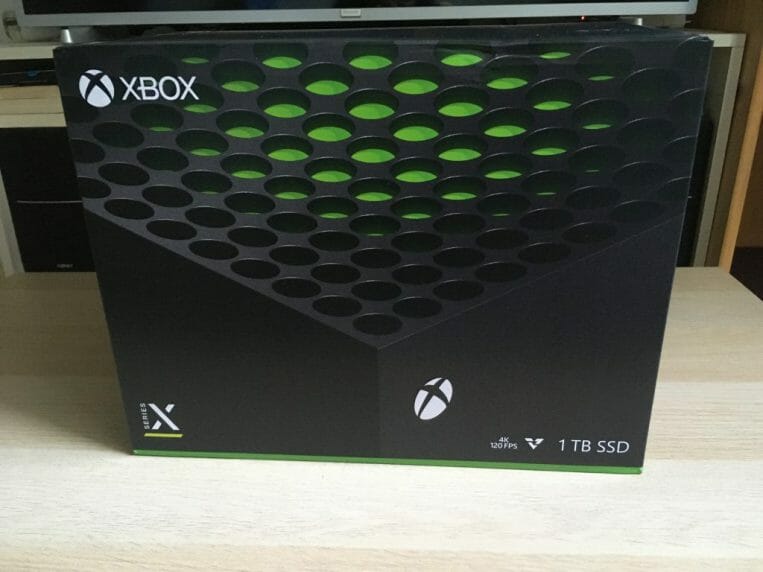 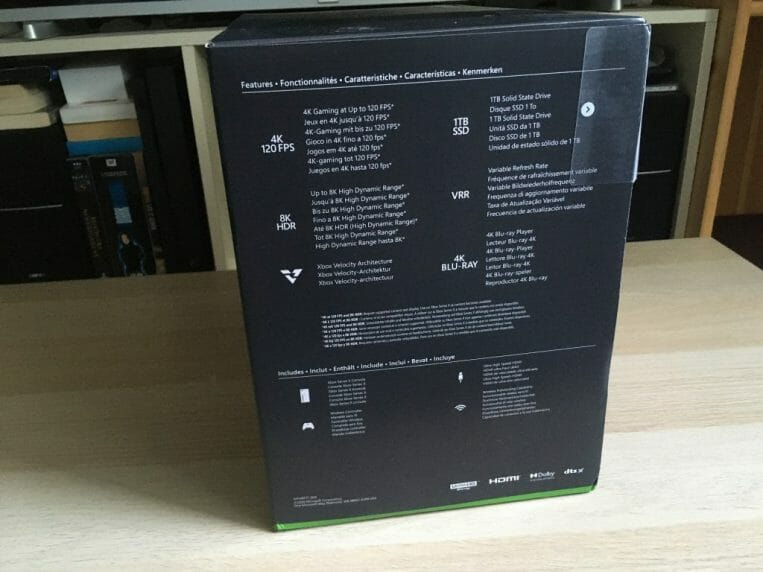 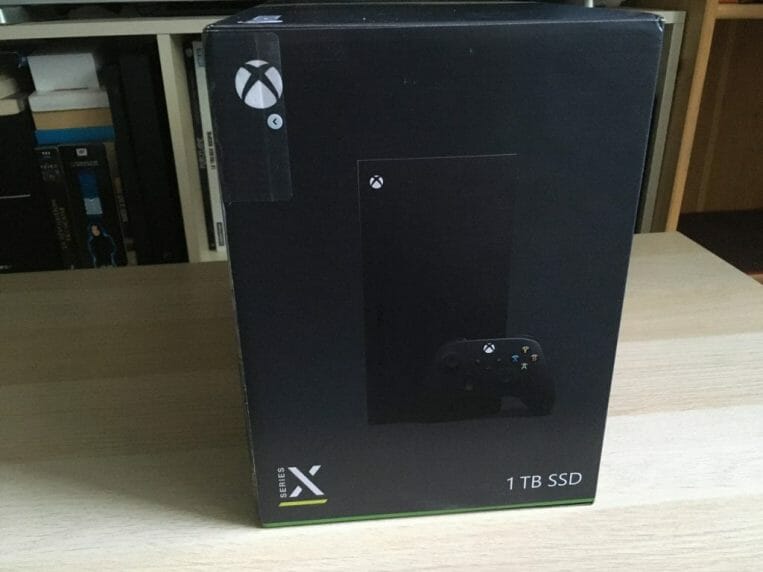 When opening the box, you’ll find a small booklet right in the middle with indications for setting up the console and connect the Xbox Wireless Controller. After removing that and the two protection you’ll find the console looking like a nice gift-wrapped package, surrounded by a nice piece of paper with the Xbox logo and the Xbox team’s new “Power your Dreams” motto.

The top section of the retail box hides a smaller black box that includes the new Xbox Wireless Controller, the HDMI and power cable (which look identical to the one provided with Xbox One consoles), 2 AA batteries, plus some warranty information. 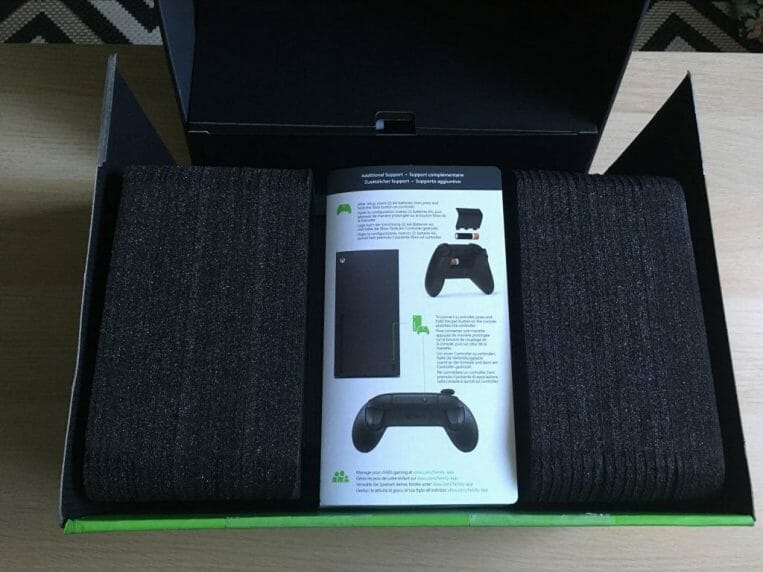 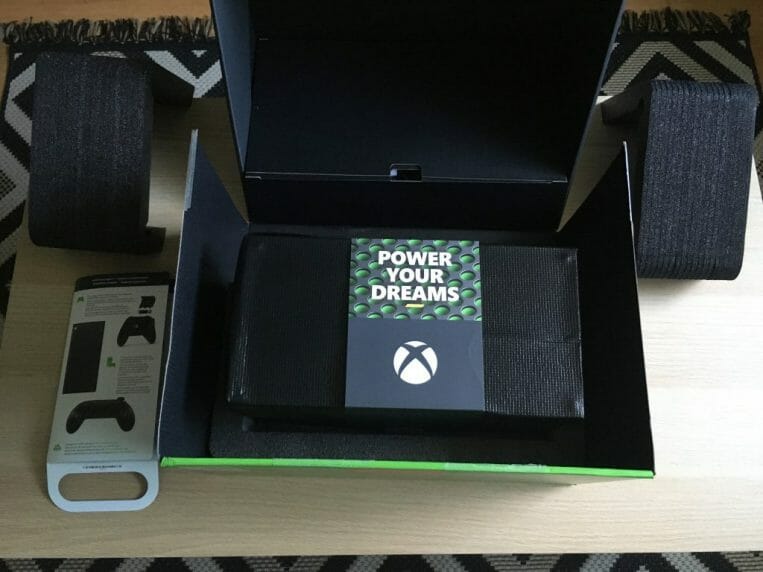 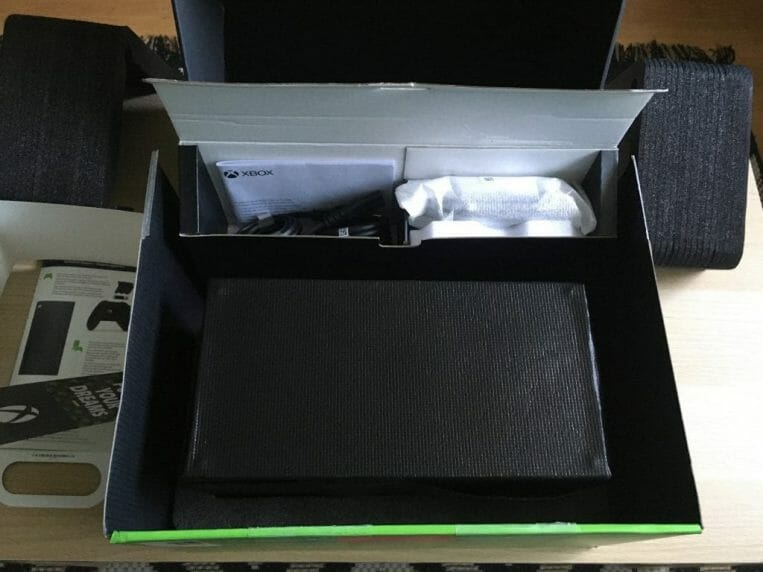 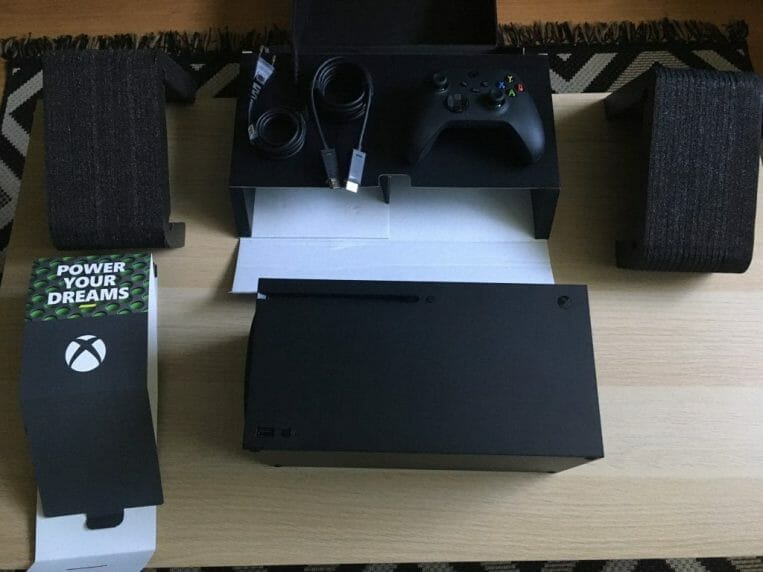 The Xbox Series X isn’t as big as I imagined, it’s actually just as tall as my Xbox One X in a vertical position. It also uses a similar matte black plastic that will easily show fingerprints, though the console is pretty easy to clean with a piece of cloth. There’s a lot to like about this simple but efficient monolithic design, though its size may be a concern depending on your TV cabinet.

The console also looks pretty good in the horizontal position, and there are four small rubber feet on the right side of the console that should prevent any scratches. There’s also a rubber ring underneath the console that can’t be removed, and this is where Microsoft engraved the “Hello from Seattle” message that can also be seen on Xbox One S and Xbox One X consoles.

The bottom and the rear side of the consoles both include aeration vents with pretty large holes. The rear ports include 2 USB-A ports, an Ethernet port, the power input, an HDMI in port, and the proprietary storage expansion slot. I haven’t received the Seagate 1TB expansion card as of this writing, but I hope to get my hands on a review unit soon. 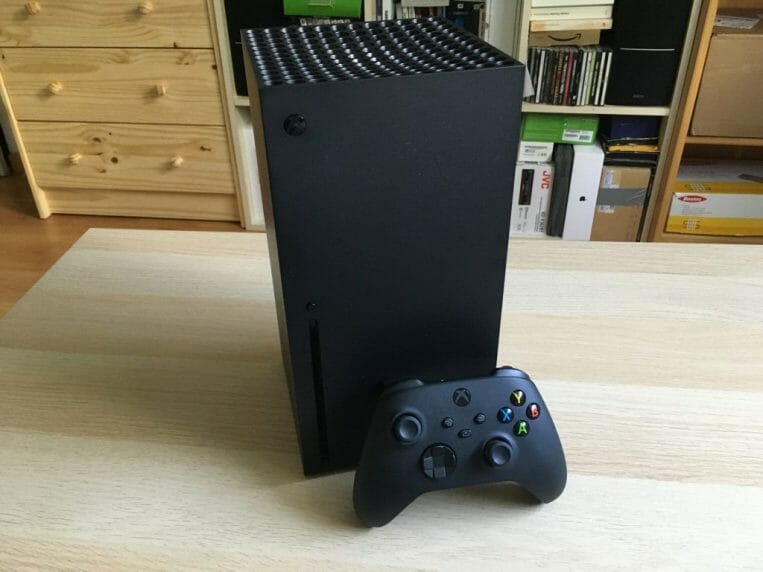 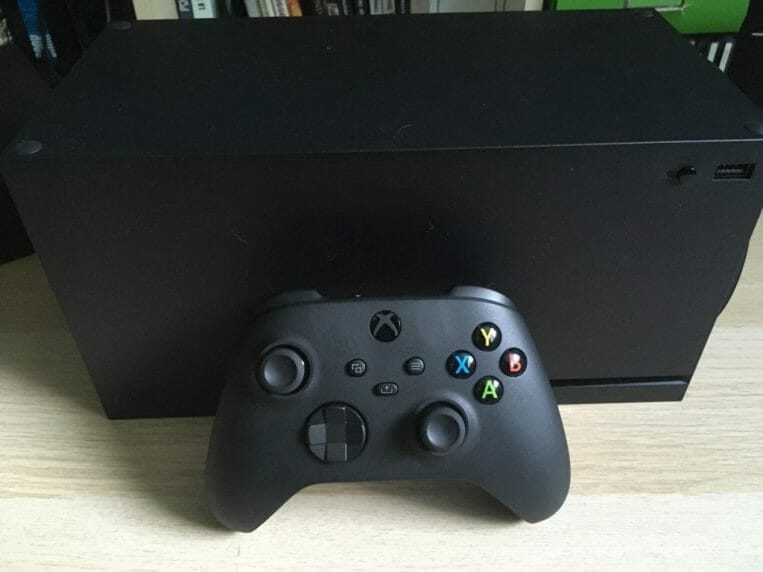 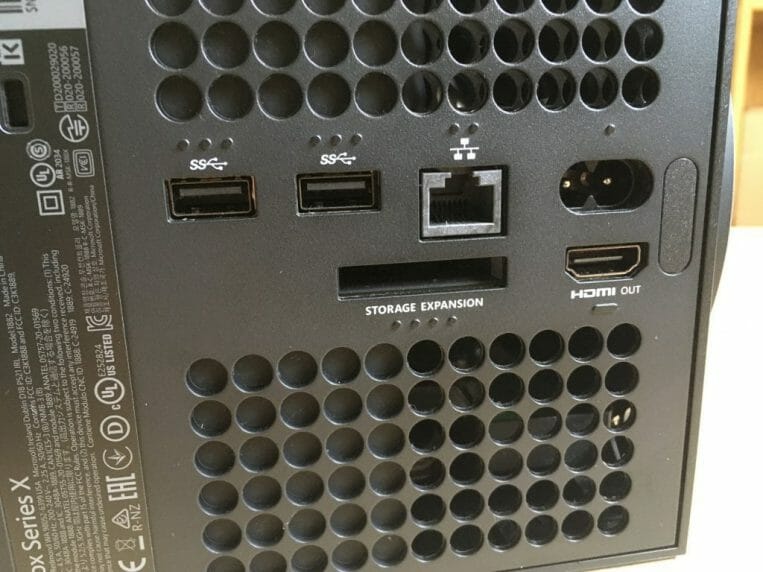 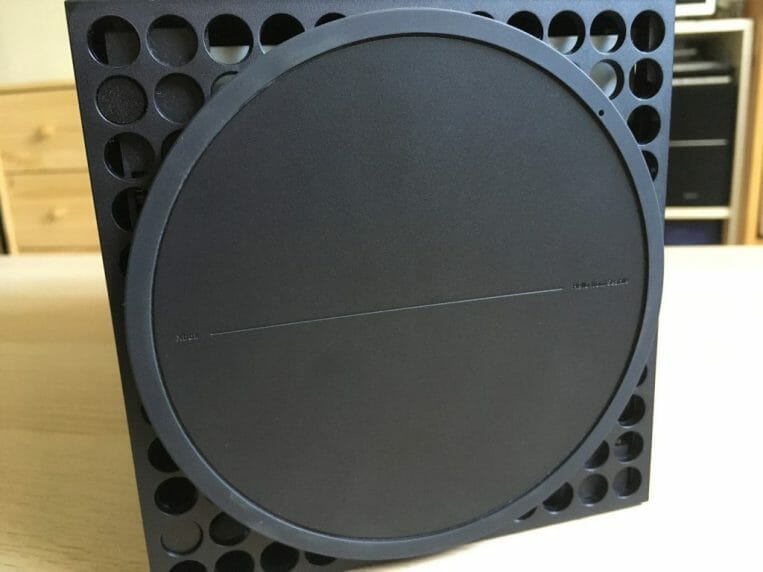 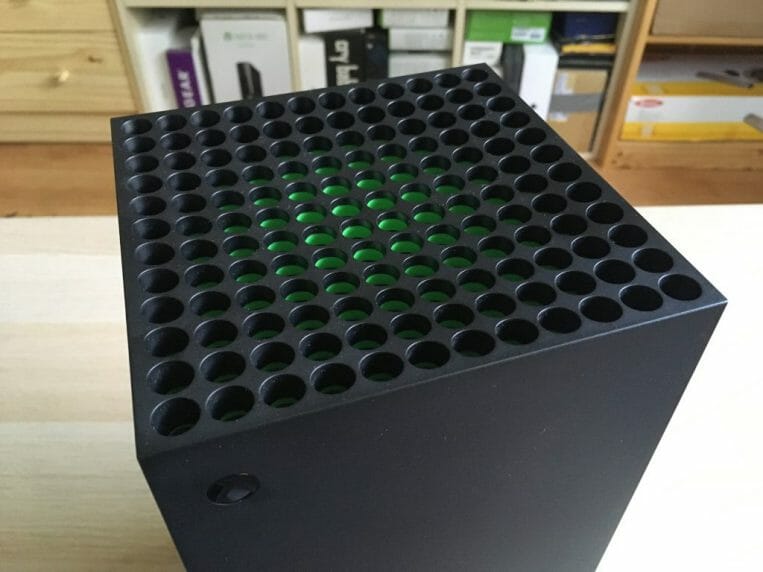 The new Xbox Wireless Controller isn’t a drastic change compared to the most recent revision of the Xbox One Controller. Microsoft made it slightly smaller to make it more comfortable, and the company also added textured grips on the triggers and bumpers. Other notable changes include a hybrid D-pad that resembles the one on the Elite Series 2 controller, a new Share button to quickly take screenshots and game captures, and a USB-C port for charging. This is definitely an iterative upgrade, and it’s worth noting that all existing accessories such as the Xbox One Chatpad and the Stereo Headset Adapter still work. 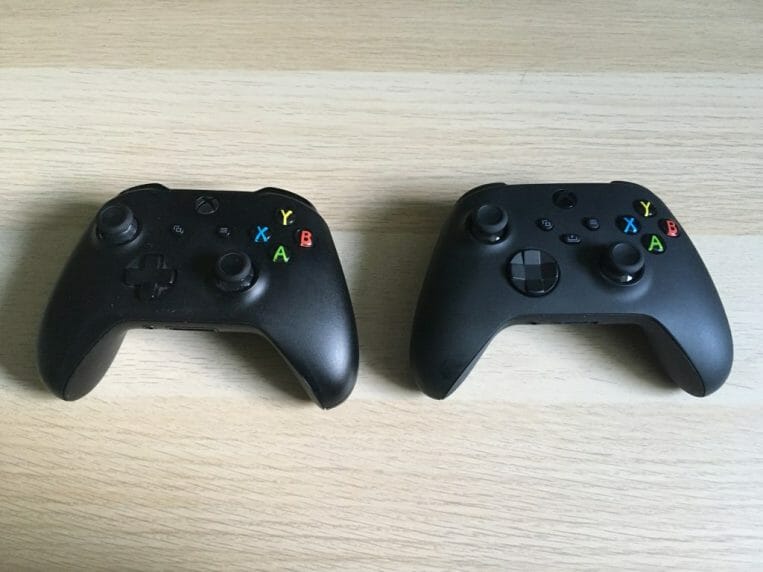 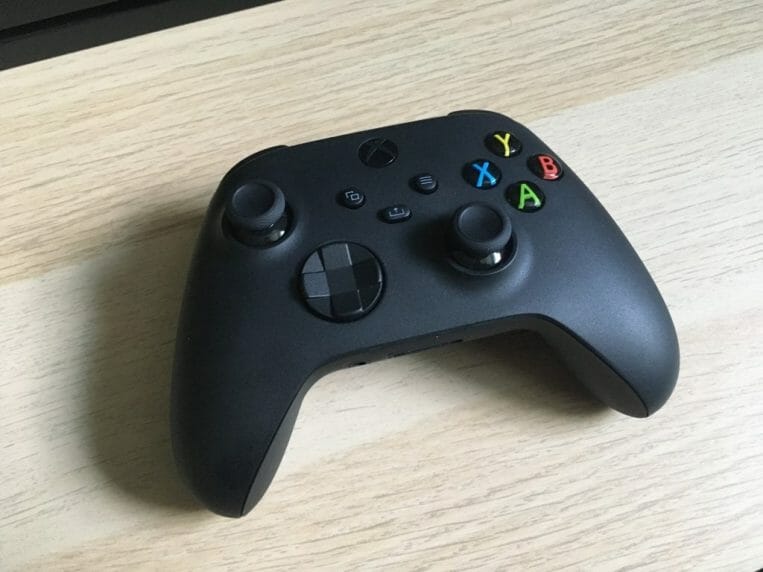 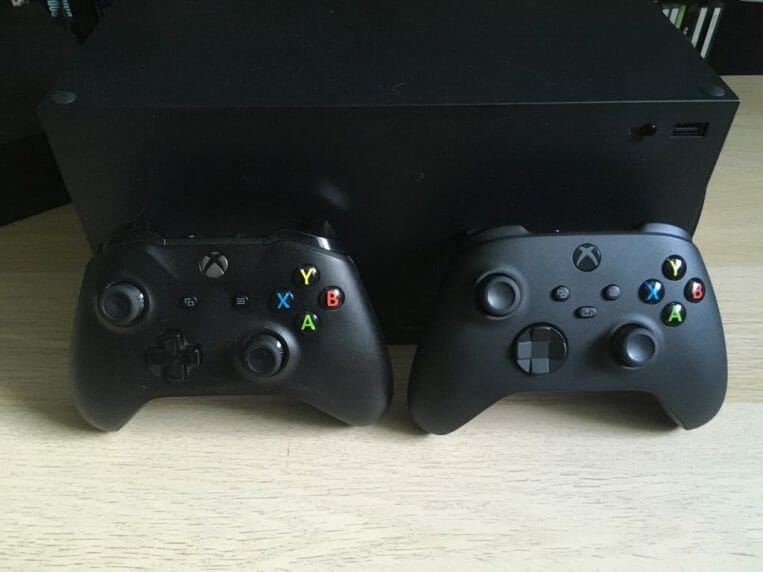 I’ll finish this unboxing with some side-by-side comparisons with the Xbox One X and its retail box. I still like the Xbox One X very much, which used to be the smallest Xbox console Microsoft ever released back in 2017. The Xbox Series X is definitely bigger, though when you look at gaming PCs or Sony’s PlayStation 5, it’s really impressive that Microsoft managed to cram so much power in this relatively small form factor. 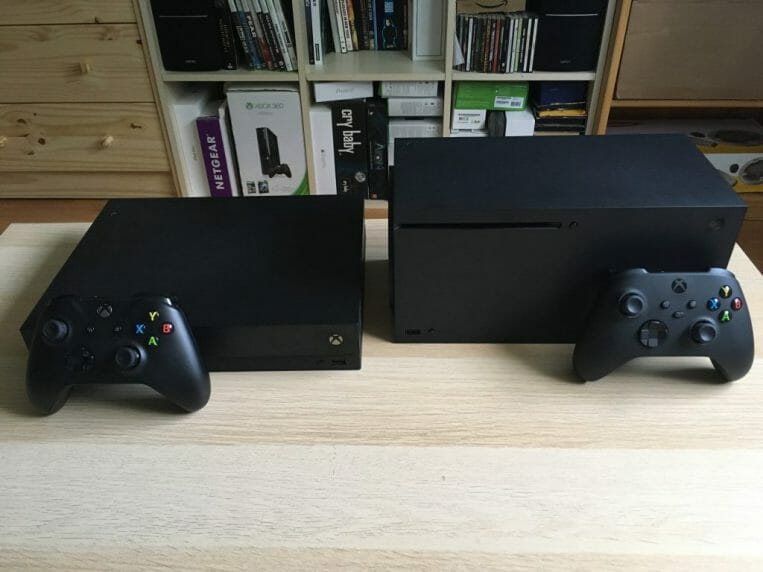 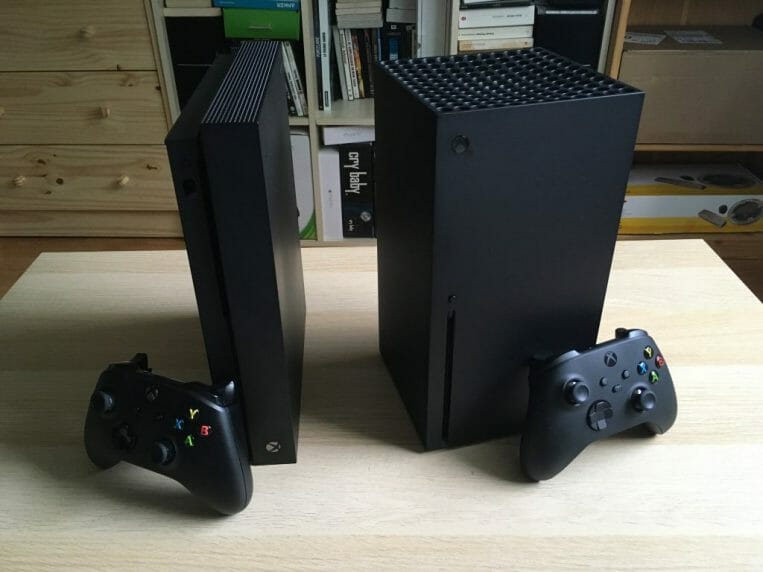 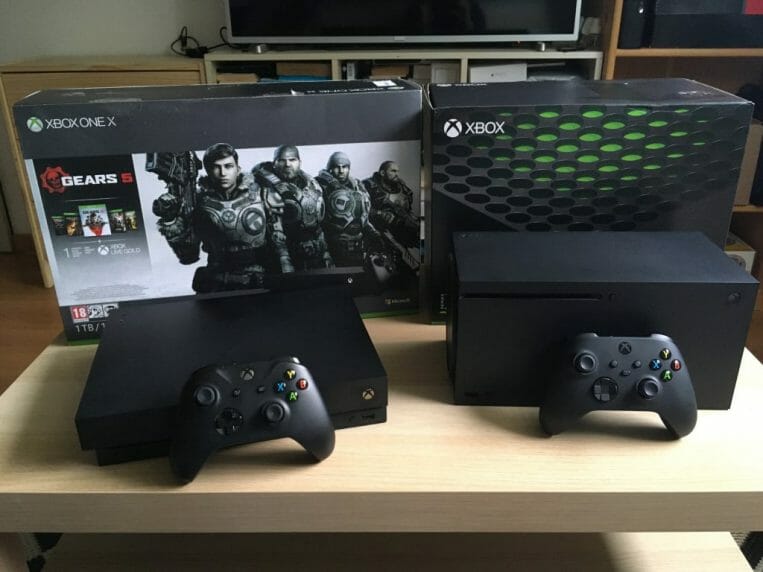 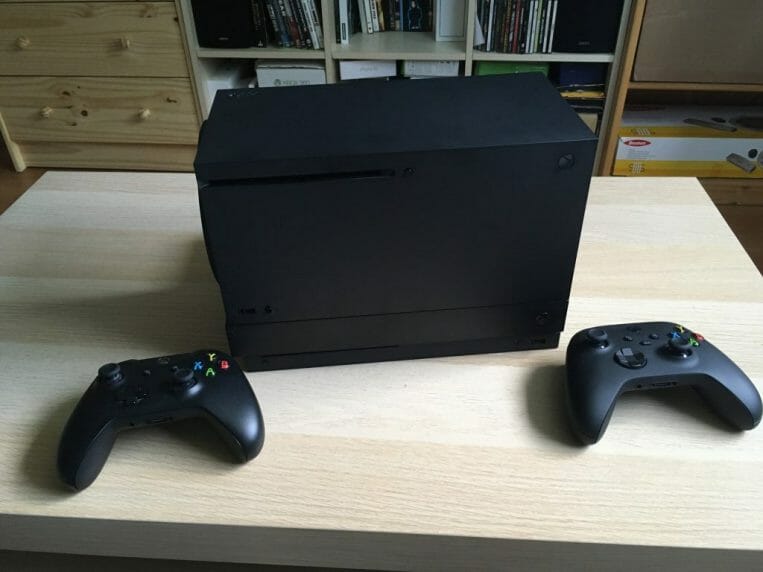 That’s it for this unboxing of Microsoft’s Xbox Series X, which I’ll be using a lot over the next couple of days in preparation for my full review. Microsoft surprised everyone when it unveiled the console at The Game Awards back in December 2019, and it seems the company feels really confident ahead of the start of this new console generation.

If discussing the hardware is interesting, what will ultimately matter to gamers is the console experience and what it’s like to play games on this new system. Stay tuned to OnMSFT as we’ll have more to share about the Xbox Series X very soon.