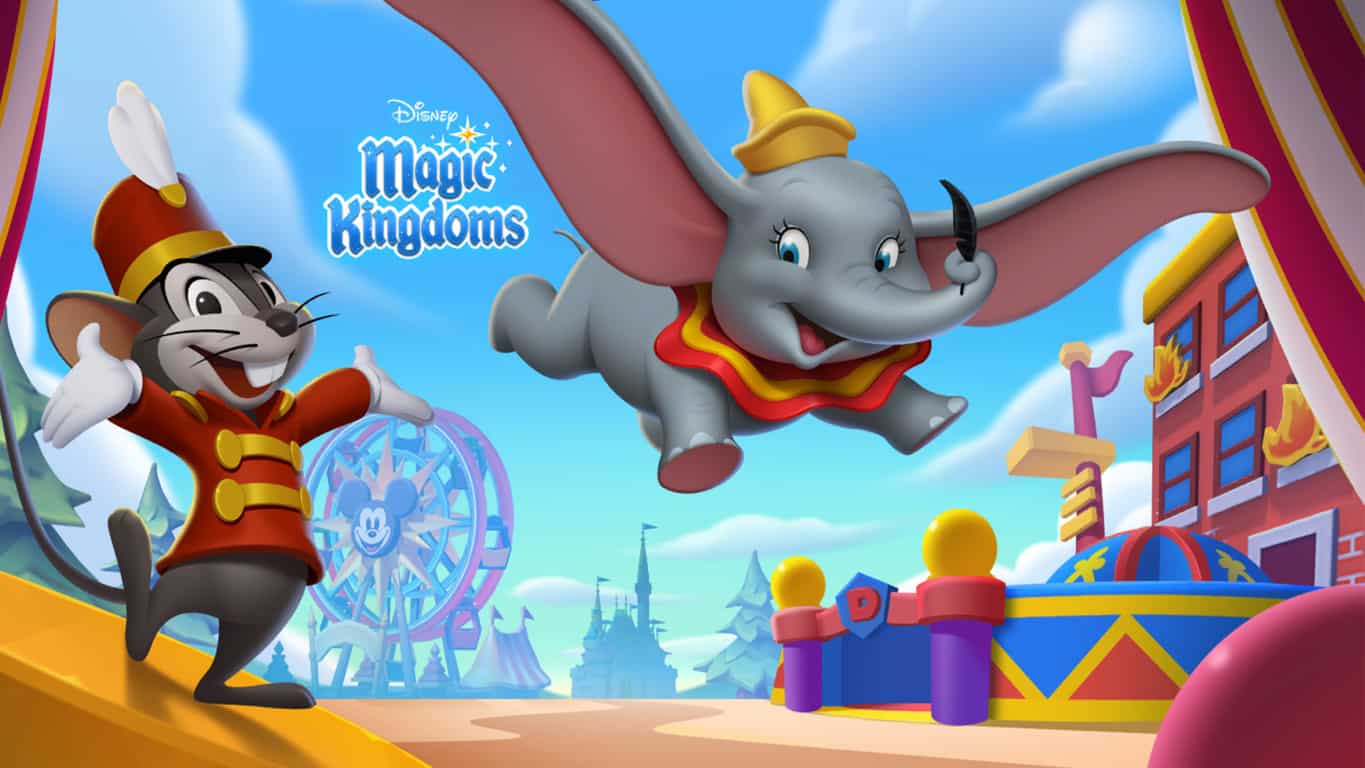 The Windows 10 video game, Disney Magic Kingdoms, received an update today that added a variety of new characters, several new attractions, and some new land for players to use for all of their unlocked content.

The main focus of this update was the addition of Dumbo, Timothy Q. Mouse, and The Ringmaster from the classic Dumbo Disney movie. These three characters will now be part of the game's main continuing story mode which means that players can work towards unlocking them with no time restrictions. The Dumbo-related attractions and concessions such as the Dumbo the Flying Elephant ride, The Barnstormer, Western Arcade, Dumbo Hat Stand, and Peanut Concession are also permanent content additions.

Beauty and the Beast's LeFou was added to the game with this update, however he's a limited time character that can only be unlocked in the new Tower Challenge event which begins tomorrow.

Here's the full official list of all of the new content that was added to Disney Magic Kingdoms:

Disney Magic Kingdoms is a fairly popular Windows 10 game that's frequently spotlighted in the Microsoft Store and is often pre-installed on new Windows 10 devices in many regions. It's a free-to-play video game that tasks players with clearing an evil curse from the Disneyland theme park and welcoming new characters from classic and modern Disney films.