SpongeBob SquarePants: Battle for Bikini Bottom: Rehydrated is now available for digital pre-order and pre-download on Xbox One consoles ahead of its June 24th release date.

The game is a remake of the classic SpongeBob SquarePants: Battle for Bikini Bottom which originally came out on the original Xbox console way back in 2003. Versions were also released on Windows, PlayStation 2, GameCube, and the GameBoy Advance.

In addition to getting a massive graphical overhaul, this new Rehydrated version of the game will also feature 2-player multiplayer, extra game content, and a new horde mode.

Are you ready, kids? The cult classic is back, faithfully remade in spongetastic splendor! Play as SpongeBob, Patrick and Sandy and show the evil Plankton that crime pays even less than Mr. Krabs. Want to save Bikini Bottom from lots of rampant robots with your mighty bubbles? Of course you do! Want to underpants bungee jump? Why wouldn't you! Want to join forces in a brand new multiplayer mode? The battle is on!

Were you a fan of the original or will this be your first time playing SpongeBob SquarePants: Battle for Bikini Bottom? Share your thoughts with the community in the comments below and then follow us on Pinterest for more Xbox gaming content. 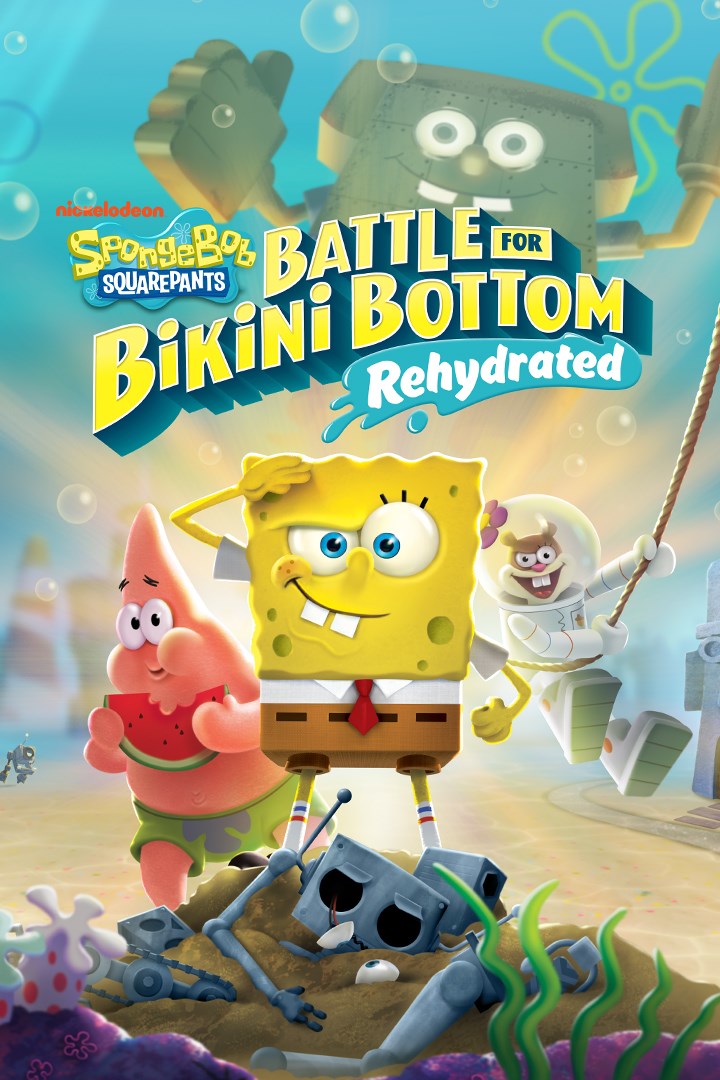