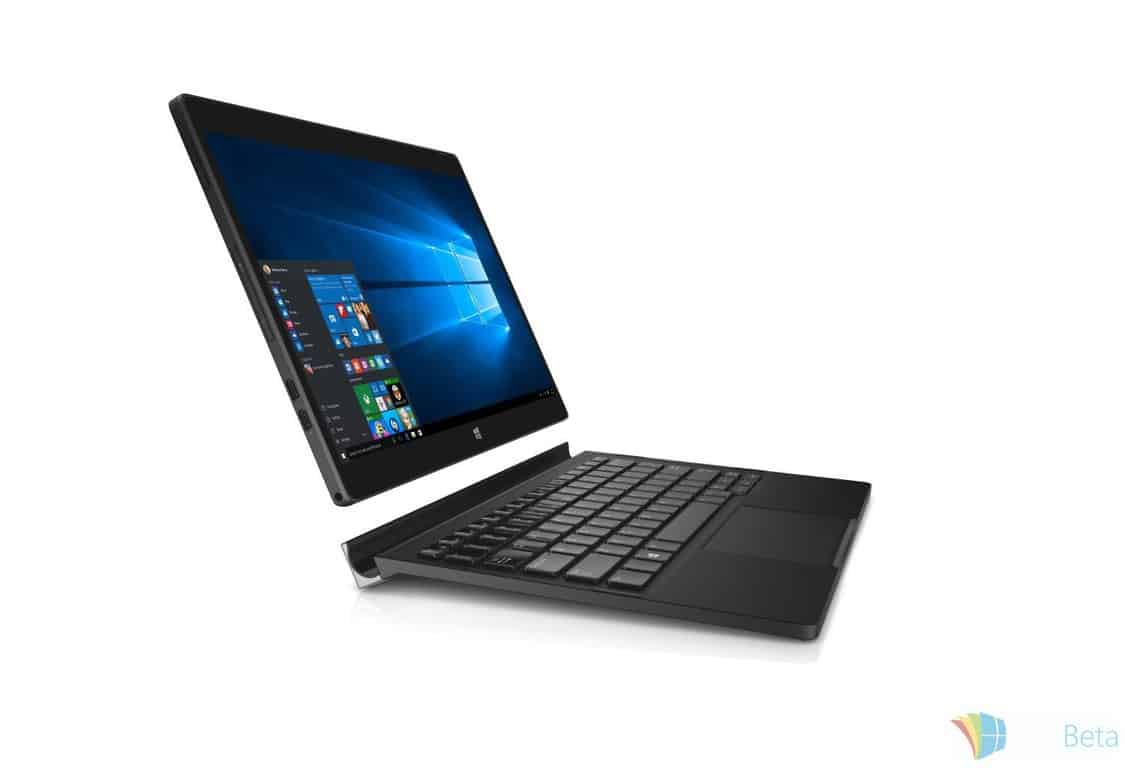 The company has introduced a high-end 2-in-1 laptop dubbed as the XPS 12 (via Microsoft) which comes with top-of-the-line specifications and is set to hit retail in November. The device comes with a detachable display allowing users to remove the display and use it as a tablet. There’s a 12.5-inch display with an Ultra HD 4K display (3840 by 2160 pixels), offering users with a brilliant tablet experience. The machine is powered by a 6th generation Intel Core M processor with 8GB of RAM and 128/256GB of storage.

The tablet also features an 8MP camera for photos and videos, a 5MP front-facing camera, Intel HD Graphics 515, a 30Wh battery and ships with Windows 10 as its operating system out of the box. The laptop also comes with a full sized back-lit keyboard and a touchpad so it can also be used as a full-fledged laptop if need be. Combined with the tablet and the keyboard, the device is weighed at 2.8lbs so it’s quite portable and easy to carry if you’re a frequent traveller.

The new XPS 12 also supports the Continuum feature of Windows 10 so you can play around with all the exciting Windows 10 features introduced back in summer, and also enjoy the device in tablet and laptop mode. On the connectivity side, you get two thunderbolt ports, three USB type-C ports, USB 3.1 Gen 2, VGI port, Ethernet and HDMI ports.

The new Dell XPS 12 is set to go on sale from November 5th in the United States with the price starting at a whopping $999.