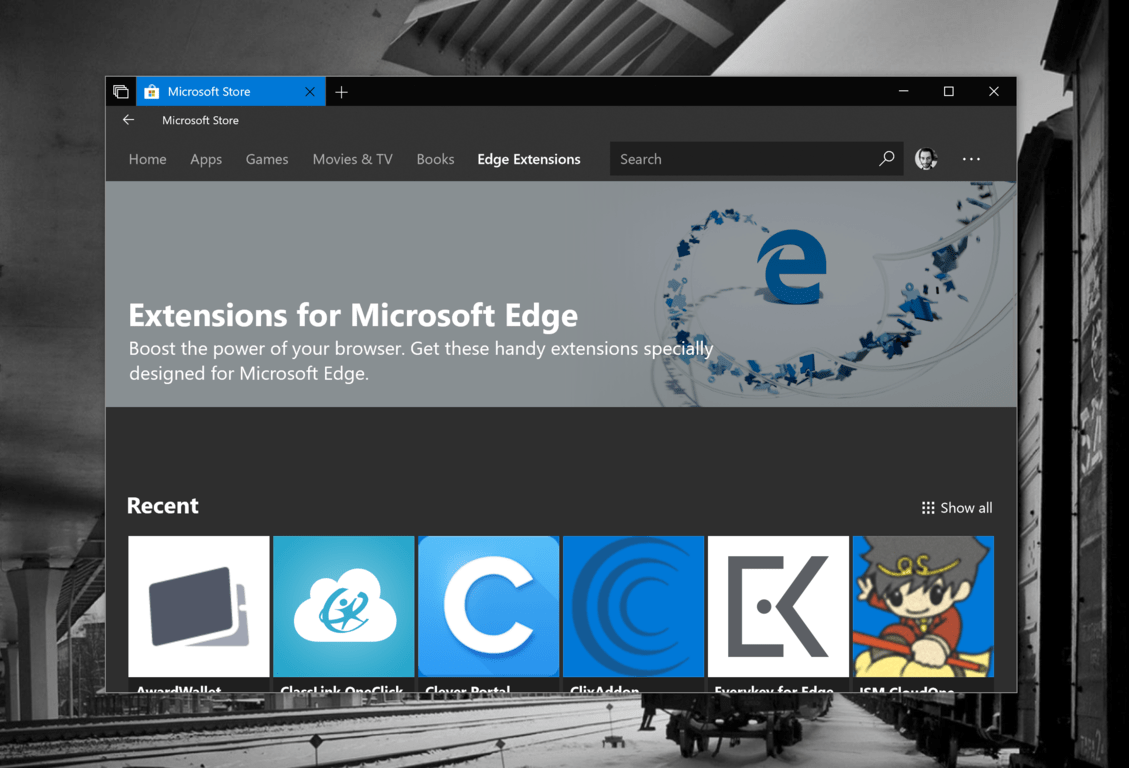 Making Edge extensions front and center in the Microsoft Store should be a positive change for both developers and Windows 10 users. As you can see in the featured image above, Microsoft put a “Recent” category at the top, and some curated categories below including Adblockers and Password Managers, Productivity, Shopping, Social and Entertainment and For Developers. Overall, we're counting 98 extensions for Microsoft Edge as of today.

It's not clear if Microsoft will roll out this new tab to all Windows 10 users going forward, and it may also disappear at some point. If you do see it in the Microsoft Store app today, let us know your thoughts about it in the comments below.

Here's all the news from this weekend's Inside Xbox episode