Cyberpunk 2077 received a new update this past week that contained some fixes specifically for Xbox One and Xbox Series X console owners in addition to a large number of improvements for players on all supported platforms.

Xbox owners will be pleased to hear that this update, Patch 1.23, fixes a glitch that was making the game unresponsive during fade-outs while also correcting another one affecting a buggy pause menu. The game on all platforms should also be significantly more stable and play better now due to new memory and CPU optimizations and better memory management overall.

The Beast in Me

Queen of the Highway

Down on the Street

Gig: Many Ways to Skin a Cat

Cyberpsycho Sighting: Where the Bodies Hit the Floor

I Fought the Law

Cyberpunk 2077 was one of the most-hyped video game releases of last year when it launched in late-2020 though it was almost immediately criticised for its poor performance on the Xbox One and PS4 consoles and the numerous bugs and oddities seen on Xbox Series X, PS5, and PC.

The game has received various updates since launch with the aim of making it as good as it initially seemed it would be though a lot of the excitement surrounding Cyberpunk 2077 has noticeably diminished in recent months and it’s unclear if it’ll ever recover from its buggy debut.

Have you played Cyberpunk 2077 recently? What do you think about this latest update? Let us know in the comments below and then follow us on Twitter and Facebook for more gaming news. 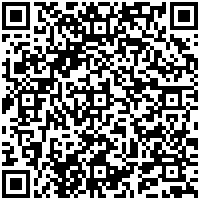