The Crash + Spyro Triple Play Bundle is now live and available to play on all of Microsoft’s Xbox One consoles.

The Crash + Spyro Triple Play Bundle retails for $99 which is rather good value for the amount of content contained in it. Given its release so close to Christmas, this could make for a pretty good family-friendly present for the household’s resident gamer.

Get seven full games in one amazing package with the Crash + Spyro Triple Play Bundle.
Includes:

Rekindle the fire with Spyro the Dragon, Spyro 2: Ripto's Rage! and Spyro: Year of the Dragon. Same sick burns, same smoldering attitude, now fully remastered and all scaled up.

It’s the authentic CTR experience plus a whole lot more, now fully-remastered and revved up. Start your engines with the original game modes, characters and tracks. Race to glory with additional characters, karts, tracks and arenas from beyond CTR. Crash the competition with online play. 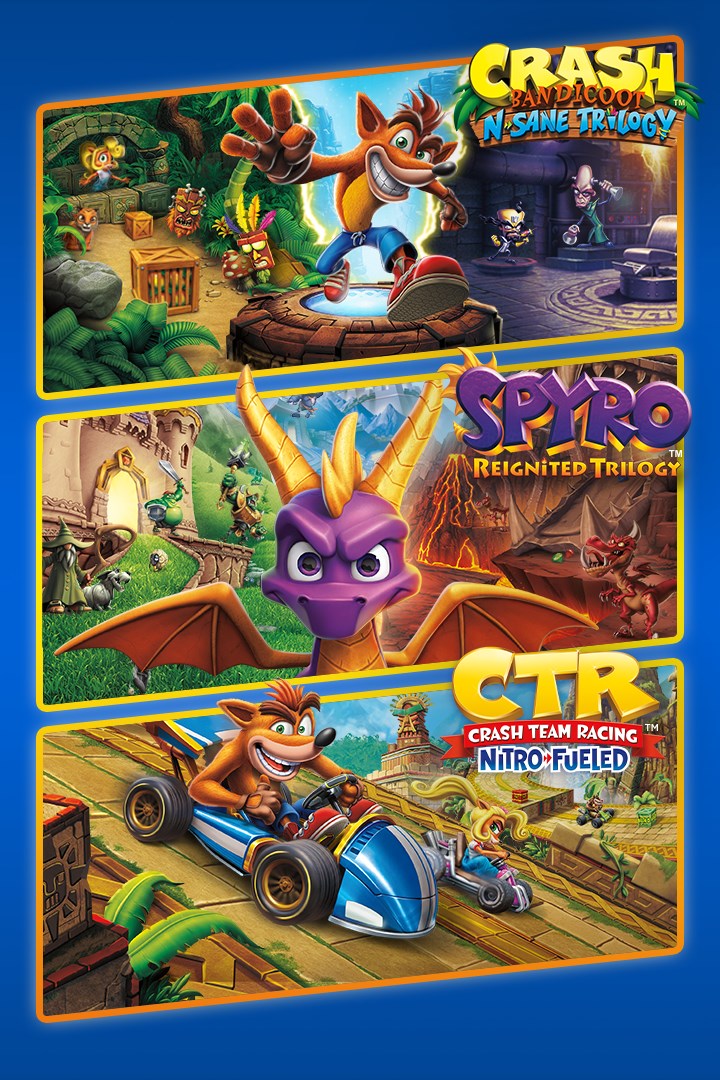