Recently, we reported that the Netflix app was updated for Windows 10 and included several improvements to make the app feel more like a Windows 10 app.
One feature we didn't mention was Cortana-integration in the new app. Now users of Windows 10 who watch Netflix can easily search for a TV show or movie. User can now speak to Cortana using phrases like, "Netflix, find Doctor Who", and Cortana will open Netflix and search for episodes of Doctor Who.
No doubt that this is a very interesting feature, one that could save us frustrating time looking for that TV remote we always keep losing. Imagine just having a computer hooked to the television, and from anywhere we could just say, "Hey Cortana, Netflix find Star Trek." Then all you have to do is pick which Star Trek movie or episode you want to watch. With the Xbox One front in center for some living rooms, perhaps we'll hear similar functionality when Windows 10 for Xbox One is revealed later this year.
What do you think of this feature? Do you think you'll be using it from time to time? Let us know what you think in the comments below! 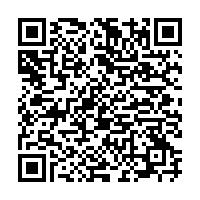