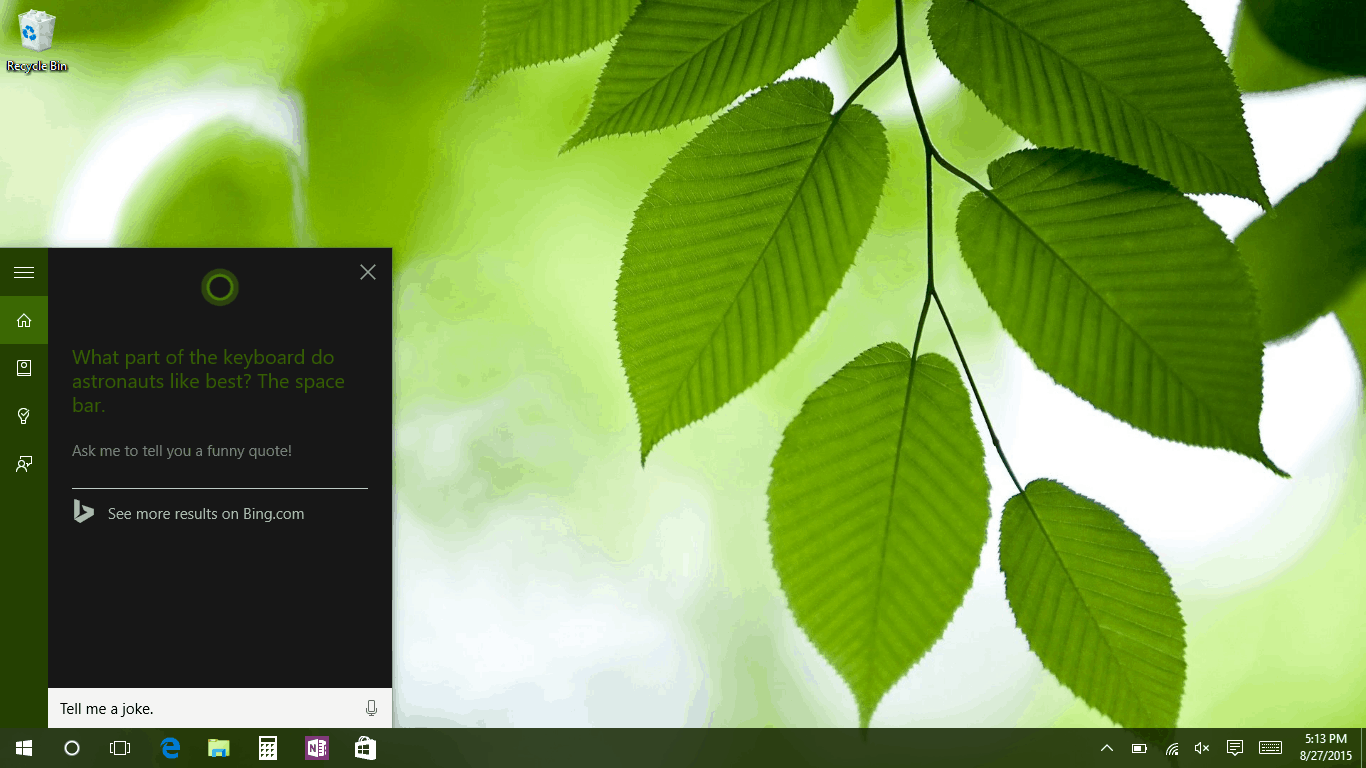 Microsoft has announced today that Cortana, its digital assistant for Windows Phone and Windows 10, has told more than 500,000 jokes since its release about 16 months ago. Doing the math, this equates to about a thousand jokes a day, which isn’t too surprising considering how much steam Windows 10 has gotten since launch.

#Windows10: In response to “tell me a joke”, Cortana has told over half a million jokes since launch. :) 7/10 pic.twitter.com/ztDSTod2Rg

Cortana first launched with Windows Phone 8.1 to compete with other smart digital assistants like Apple’s Siri and Google Now. Cortana’s release was likely one of the big reasons behind the continued use of Windows Phones at the time.

“Tell me a joke” is all the user has to say, and Cortana will reply something funny like what you see in the screenshot below.

Hey Cortana, tell me a joke!

And that’s just the start of it. Cortana has many smart and funny responses to the “tell me a joke” request, as well as responses to other questions like, “Who is your creator?” (I’ll leave it you to find her answer.)

Beyond her growing Bing knowledge graphs, she’s often seen as more entertaining than alternatives such as Siri and Google Now for some people.

What is perhaps your favorite joke Cortana has made? Let us know what you think in the comments below!