Configure the Xbox Elite Wireless controller with this Windows 10 app

If you're in possession of the not-so-easily obtainable Xbox Elite Wireless controller and want to customize what the buttons and triggers do, check out the Xbox Accessories app for Windows 10. The app allows you to create multiple configurations which can be used to play different games. Users can customize paddles and buttons to perform different tasks, control sensitivity of the controller, personalize it and even control the brightness of the Xbox logo on the controller.
With the app, users can save up to 256 configurations on their PC, which are automatically saved in the cloud through user's Xbox live profile. It's not just the PC, you can store two configurations on the controller itself. For example, one of the configuration is for playing Halo, while the other one is for any other game you play on a regular basis.
Here's the complete list of features:

Head over to the Windows Store to grab the app and customize the Xbox Elite Wireless controller as per your liking. 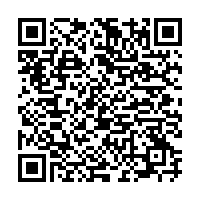