Complete September's Xbox Game Pass Quests for the chance to win a custom Halo Xbox One X console - OnMSFT.com Skip to content
We're hedging our bets! You can now follow OnMSFT.com on Mastadon or Tumblr! 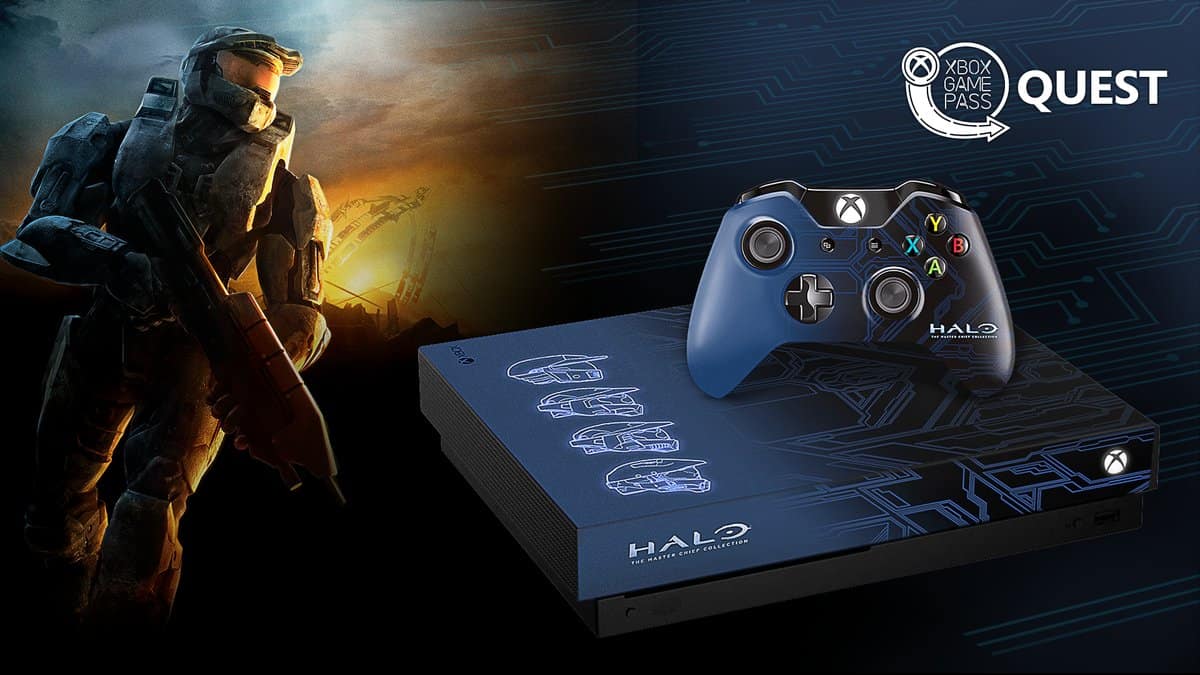 Are you the ultimate Halo Fan? If you are, you might want to complete all of September's Xbox Game Pass Quests for the chance to win a custom Halo Xbox One X console.

Master Chief-approved.
Complete this month’s quest for a chance to win a custom Halo-themed Xbox One X: https://t.co/u71UJEixto pic.twitter.com/2vnXE8kepw

To get started, head to the Xbox Game Pass tab on your Xbox One, and click on the Game Pass Quest tile. You must then play 120 minutes of Halo: The Master Chief Collection, complete five new achievements in that game and also increase your Gamerscore by 50 points. Microsoft will be tracking these quest activities and will message the winner on Xbox Live appropriately once the month ends.

As for the custom console, it looks to be a pretty cool representation of the Halo legacy. It has four helmets on the top to represent the design evolution of the Master Chief's helmet through the Halo games, and a circuit boards pattern to represent Cortana.

This is not the first time that Microsoft has given gamers a chance to win a custom Xbox Console for completing Game Pass challenges. As you may recall, the company previously gave away a 24-karat gold plated Xbox One X to a lucky gamer who unlocked at least one Xbox Achievement in March while playing a game via Xbox Game Pass.

The Wider Web: Appearing (or not) before Congress, Vimeo pivots, and Alex Jones silenced?