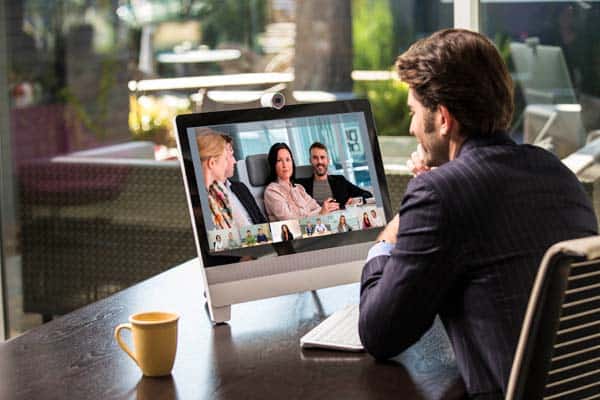 Worldwide networking technology leader Cisco has announced today Cisco Meeting Server, a new networking solution that will allow users in Cisco meeting rooms to connect with users on other professional services such as Microsoft’s Skype for Business. The company’s interoperability push goes further than that as Cisco claims in the press release that “everyone can join—regardless of whether they are using Polycom or Avaya gear, a mobile client or a WebRTC-enabled browser.”

Rowan Trollope, SVP and GM of Cisco’s IoT and Applications Groups, also explained in a blog post that the new product has been developed following the acquisition of Acano, a UK-based company that provides on-premises and cloud-based video infrastructure and collaboration software. Trollope added:

“Connecting should not be hard. But it has been, because certain vendors’ technologies have not played well with standards-based technologies, like Cisco’s industry-leading video systems. We just fixed that, and the impact is huge. Just as you don’t think twice about whether an iPhone can call a Samsung Galaxy, enterprises need to know that everyone can join the meeting. And now they can.”

As Cisco and Microsoft are competitors in the business communications solutions space, the interoperability is good news for enterprise customers. Cisco added that Cisco Meeting Server has also been designed with a consistent UI across devices, and the company also claims that its new product optimizes bandwidth use and also works reliably with lower-cost hardware.

Additionally, the user-based licensing model will also allow companies to easily manage their costs. You can order Cisco Meeting Server now and you can learn more about it on the dedicated website.