Yesterday, the details on what Dell had to offer up at CES emerged and we reported on the new Dell XPS 13 laptops and a new 27- inch ultrathin monitor. Today, it is Lenovo’s time to shine, and the company has used the CES trade show to announce two new gaming laptops, the Legion Y720 and the Legion Y520.

According to Lenovo, the new Legion lineup of gaming laptops is all part of the company’s quest to provide customers the most immersive PC gaming experiences. The Legion lineup is a new dedicated sub-brand and will offer up power, community engagement, speed, virtual reality, awesome sound, and more.

Available in February for prices starting at $899, the first of the two gaming laptops is the Lenovo Legion Y520, and while this device is the lower end model it still packs some incredible specs.  The device is powered by the 7th generation Intel Core i7 processor, sports a 15.6-inch 1080p 16:9 IPS LCD screen, and a Nvidia GeForce GTX 1050 Ti GPU. As always, customizable configurations are available, and you can choose options with up to 16GB DDR4 RAM, and up to 512GB SSD or 2TB HD. 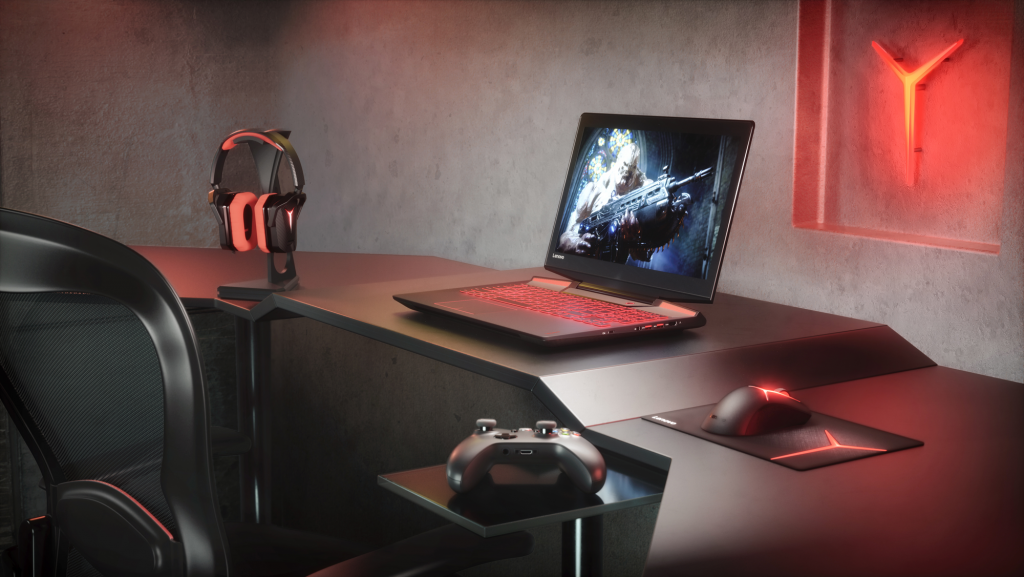 The second of the two devices, and available in April for prices starting at $1,399 is the Lenovo Legion Y720. This device packs an FHD 1080p display, or an optional 4K UHD anti-glare display, and is powered by either the Intel Core i5-7300HQ or i7-7700HQ processors, with options for 0the same RAM as the lower end Y520. The GPU on the device, meanwhile, is the GeForce GTX 1060 with 6GB GDDR5. At no surprise, the device also has Thunderbolt 3 ports and is VR -ready, complete with Dolby Atmos sound and an optional integrated Xbox One Wireless receiver.

Are you impressed by these devices? Let us know what you think by dropping us a comment below! And, be sure to stay tuned to OnMSFT all week long, as we will be here to bring you all the latest news coming out of CES.