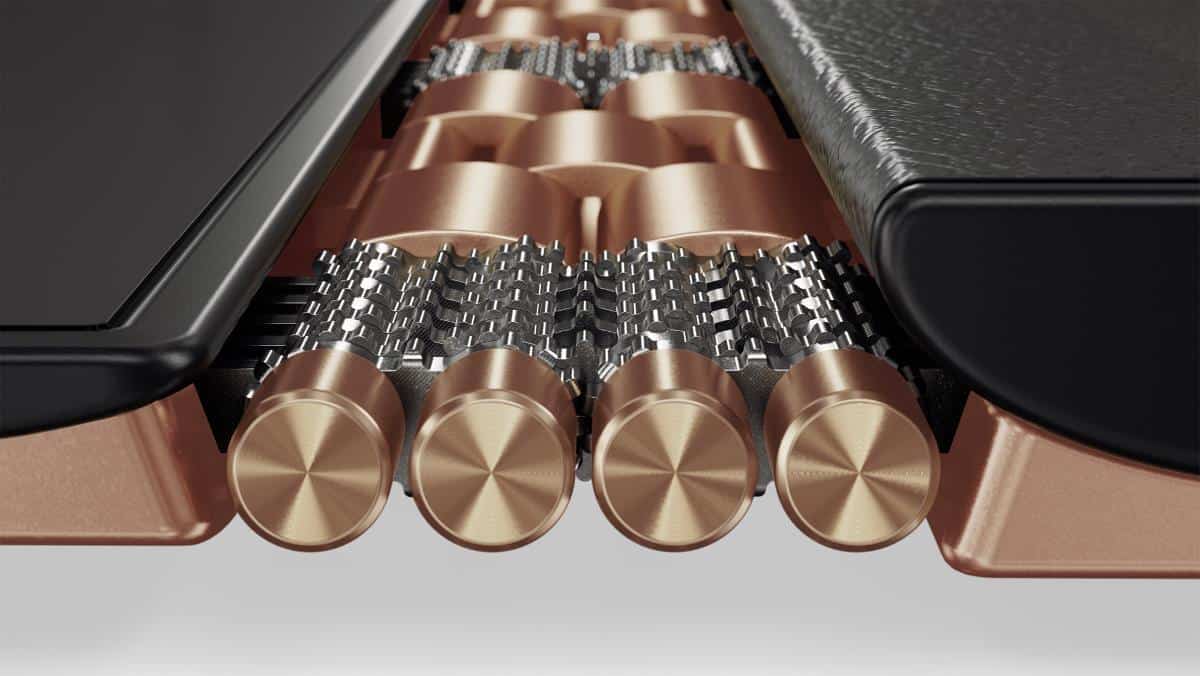 CES 2016 has kicked off in full force and Lenovo has some interesting products to show off in Las Vegas. The company has introduced a number of exciting products, including a new Razor gaming desktop, updated ThinkPad line up and the Surface competitor dubbed as MIIX 700 BE.

The company is not done yet with the announcements, and introduced what it claims to be the world's thinnest convertible laptop, the Yoga 900S. The new laptop is only 12.8mm thin and weighs only 999 grams, made with a new carbon fiber construction. So, you can rest assured that it's going to be extremely easy to carry the laptop around, especially if you're a frequent traveller. There's also a uniquely designed hinge (as seen above), which offers users to work on it in different modes whether you are using it on your lap or as a tablet, etc.

The new Lenovo Yoga 900S is powered by Windows 10 as its operating system and boasts a 12.5-inch display with a resolution of 2560 by 1440 pixels. The processing is handled by Intel Core m7 processor paired with up to 8GB of RAM, 512GB of PCIe SSD storage, USB Type-C port, Dolby Audio and optional stylus pen support. The company also claims battery time of up to 10.5 hours, but keep in mind that real world usage may vary -- it depends on what tasks are you performing on the machine.

The specifications are not top-of-the-line when it comes to power, but it still boasts an excellent set of internals which can handle most of the day-to-day tasks. It will hit retail in March 2016 with prices starting at $1,099, and will be available in two color options: champagne gold and platinum silver.

Stay tuned to WinBeta, we'll update you with all the latest happenings from the show floor at CES 2016 in Las Vegas.

Lumia 950 XL back on sale at Amazon UK, no reason given for recent review