Bing Spotlight is now available in the UK - OnMSFT.com Skip to content
We're hedging our bets! You can now follow OnMSFT.com on Mastadon or Tumblr! 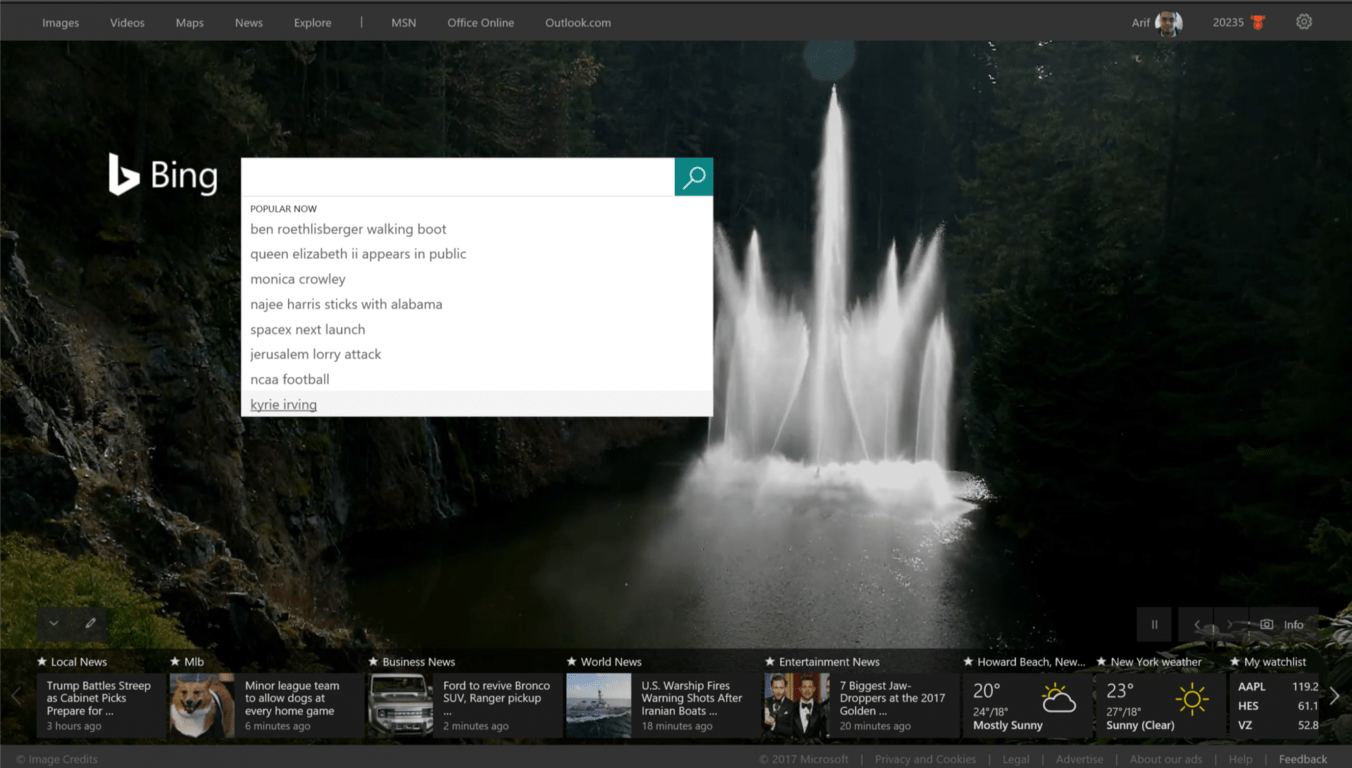 Microsoft is often derided for its lack of international support of its software and hardware offerings, and for good reason. Microsoft has made it a habit to initially seed its software and services to customers in North America and after that, it can become a bit of a crapshoot as to whether international markets see the same sort of investment.

Bing has been a prime example of Microsoft's North America exclusivity practices. New features and services for Bing are popping up all the time for North America users while only select updates reach beyond the company's western shores.

With that being said, the Bing team is making an effort to keep parity with its UK offerings by finally releasing Bing Spotlight this week (via Neowin). The Bing Spotlight feature allows users to see news headlines (mostly user-curated) at the bottom of the Bing homepage as well as access to an improved search algorithm based on authoritative results.

Corporate vice president and head of Bing, Jordi Ribas announced the release with a bit of detail about what UK users will be getting in their new Bing experience.

In lieu of recent political news both in North America and the UK, the Bing team is making a concerted effort to give its users highly qualified information from various perspectives on searched topics, both positively reaffirming and negatively challenging.