Bing Rewards replaced by Microsoft Rewards as the switchover begins 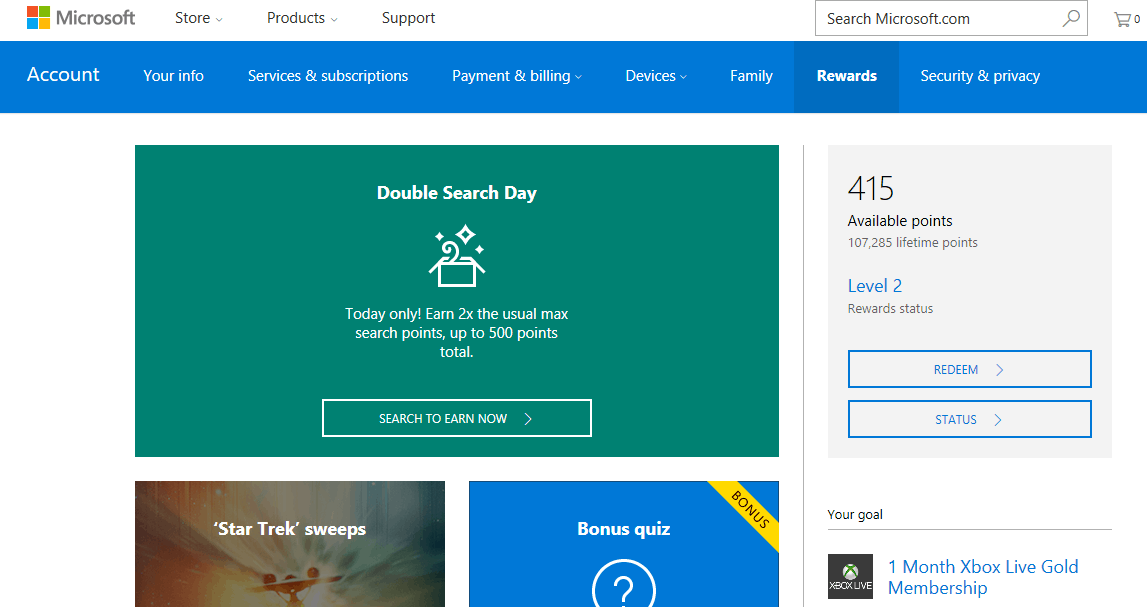 In checking the MSN.com home page this morning, I noticed that I had 415 points instead of the 41 I had yesterday, which led me to click on the Rewards icon to see what had gained me so many points (I’ve been using Bing Rewards to gain Xbox Live monthly subscriptions, and have been checking my rewards pretty much every day).

Microsoft is not only expanding the rewards program, it’s redoing the point system, which are now worth about 10x what they were (sadly, redeemable rewards also now cost some 10x more, too). At first glance, there seems to be quite a few more opportunities to gain points each day, although we’ll have to see if that continues.

In asking around, some of the other staff here at WinBeta are still on the Bing Rewards program, and just getting a coming soon message: 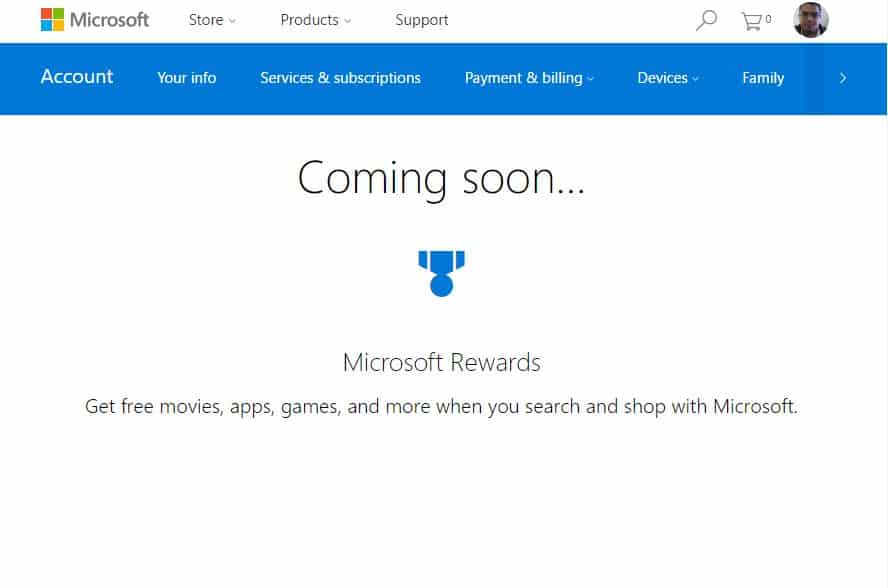 Are you moved over to Microsoft Rewards? Do you think expanding the rewards program is a good move by Microsoft? Does it even matter to you? Let us know what you think, and if you’re seeing Microsoft Rewards, in the comments below.