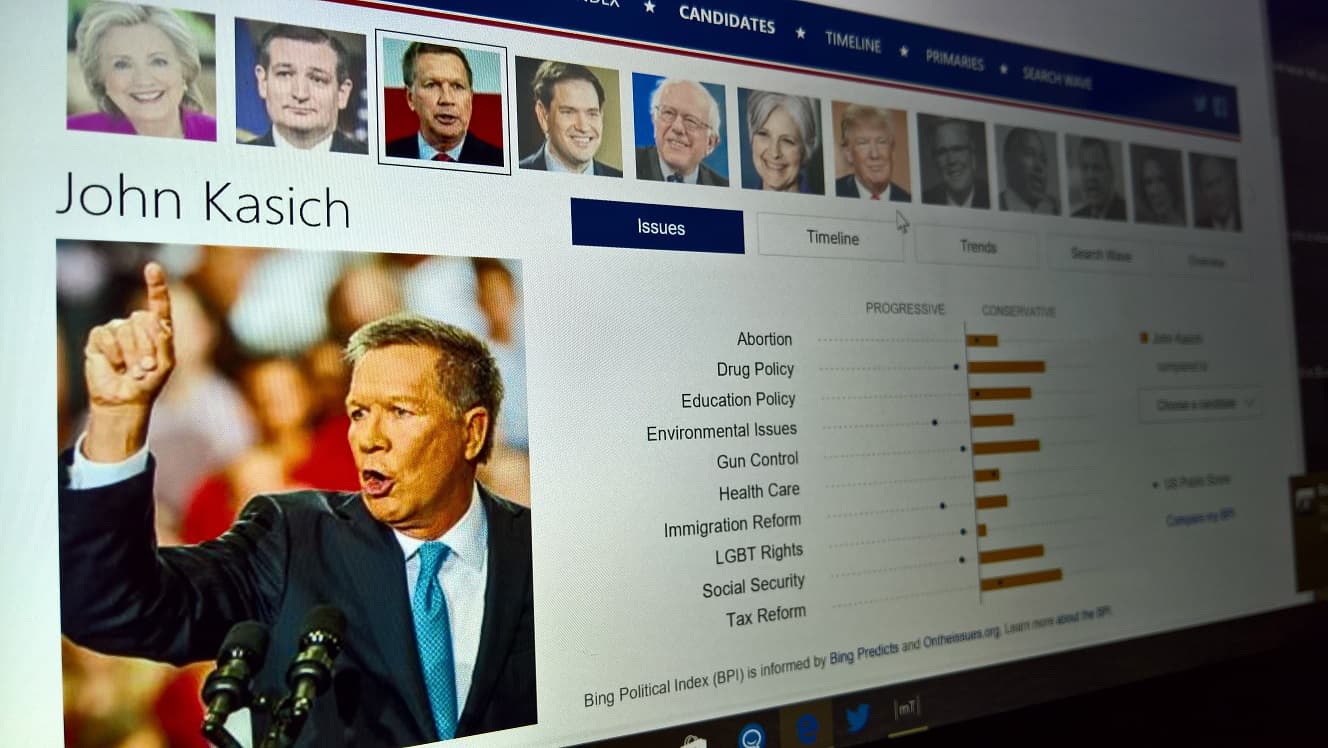 As we're going forward with the United States presidential primary season, we see the greatest number of US states hold primary elections and caucuses. Today is going to be another busy Tuesday as five states —Florida, Illinois, Missouri, North Carolina and Ohio— will vote today, making this day just as important as the "Super Tuesday" that happened two weeks ago. Today's voting is a new opportunity for Microsoft's Bing Predicts Team to follow each candidate's progress, and the team is sharing on a blog post today a recap of the latest primaries as well as its picks for today’s elections.

So far, the team says that it correctly predicted the results of 34 of 46 races (74%) "including some surprise outcomes like Sanders’s victory in Colorado, Kansas and Maine (D), and Cruz’s in Idaho." Bing engineers are confident that their machine-learning algorithms will continue to provide accurate predictions on the winners in each state. As for today, the Bing Predicts Team guesses that Donald Trump will win all states on the GOP side while Hillary Clinton will win everywhere except Missouri where a Sanders victory is predicted.

While both Marco Rubio in Florida and John Kasich in Ohio will compete in their respective home states today, Bing engineers do not expect them to be able to turn around their campaigns anytime soon:

Bing predicts a toss-up in Ohio with Donald Trump emerging as the victor, but the race is so close (33.2% predicted share of votes for Trump vs. 32.9% for Kasich) that we won’t be surprised to see either of them win; Cruz is not too far behind with a predicted 27.7% share of the votes. In Florida, our models predict Rubio (27.1%) to concede his home state to Trump (43.7%), who is also predicted to win Illinois, Missouri and North Carolina.

The Bing Predicts Team uses machine-learned predictive models that gather data from polls. In addition to their predictive models, prediction markets, anonymized and aggregated search engine queries and social media posts are used to chart results. We'll see if the Bing engineers can keep predicting 74% of the results. In the meantime, you can check Bing for the latest predictions and past results.