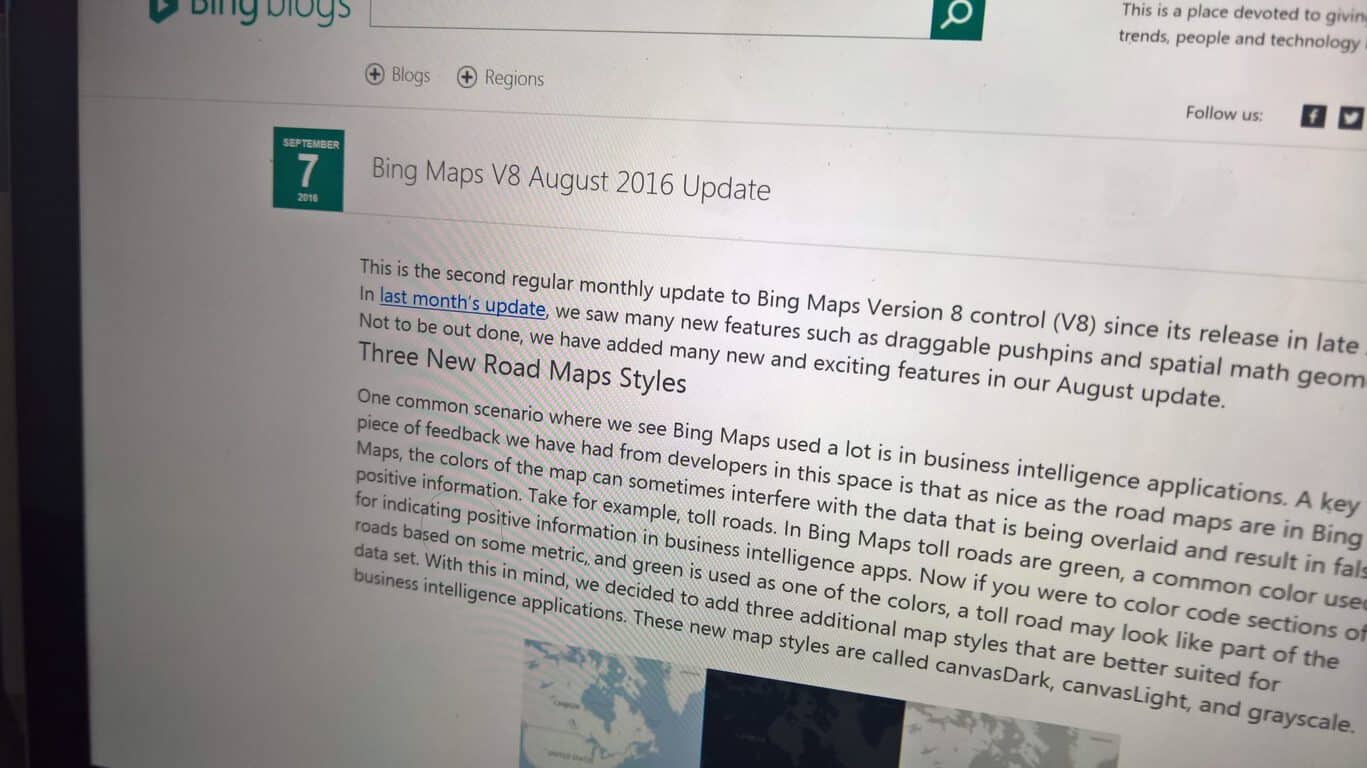 First up is the three new road maps styles; canvasDark, canvasLight, and grayscale.

The new update also brings bug fixes, performance improvements, and updated TypeScript definitions for the new features. According to Bing’s ‘What’s New’ page, here’s a quick look at some other changes:

If you have any questions, comments, or suggestions for future versions of Bing Maps, you can use Bing Maps forums or visit the Bing Maps website.