Best Buy clarifies its "too good to be true" Surface Pro 6 Black Friday deal (updated) - OnMSFT.com Skip to content
We're hedging our bets! You can now follow OnMSFT.com on Mastadon or Tumblr! 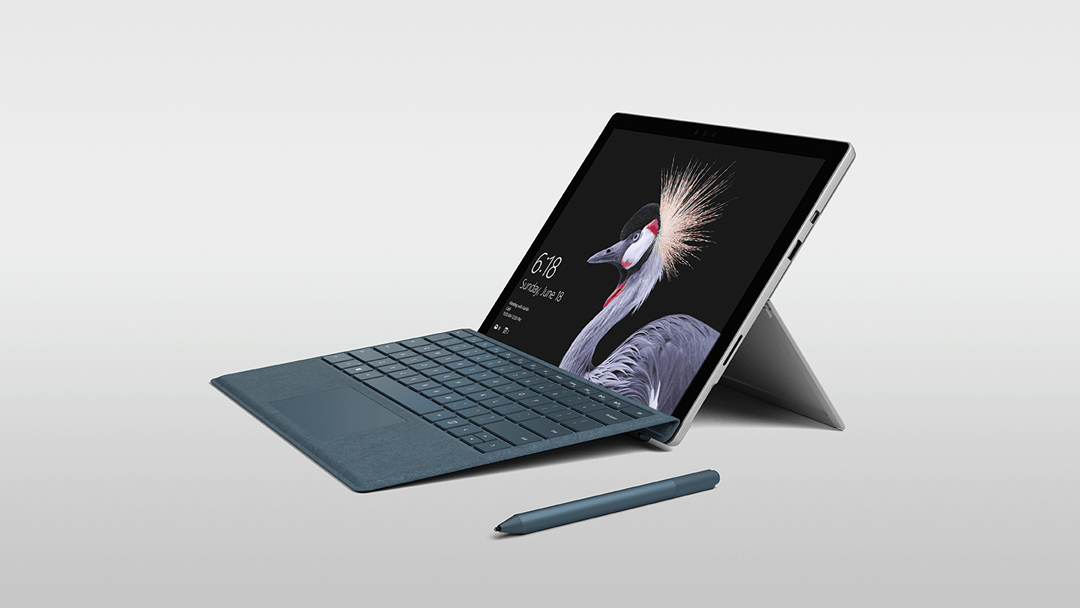 Yesterday we told you about a deal at Best Buy for a Surface Pro 6 for $999, $300 off the regular $1399 price. While that deal remains tempting, another Best Buy Black Friday Surface deal has been getting a bit more attention. The company listed a "Surface Pro 6" for $599: 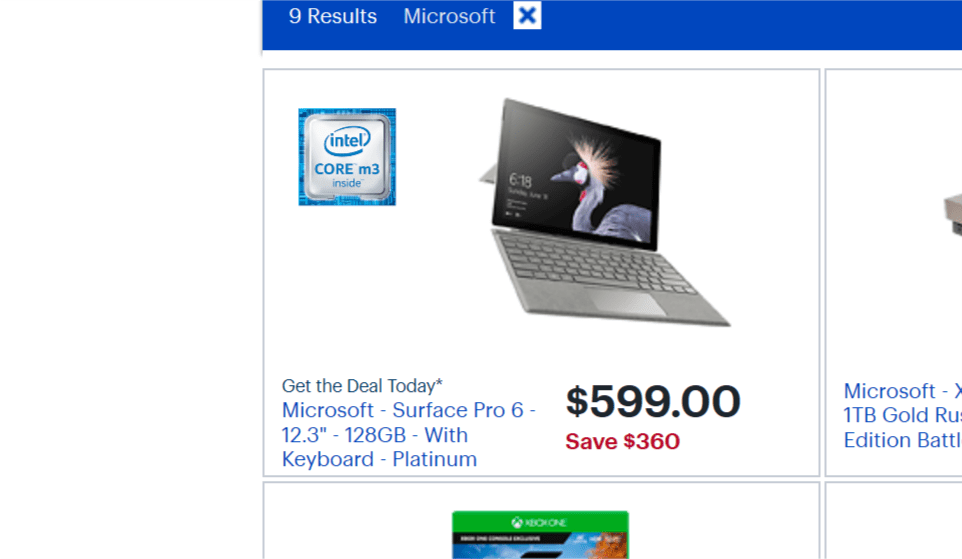 Specifically, the model is listed with a smaller and older CPU than any normal Surface Pro 6 configuration, listing the CPU under "Performance" as a Core m3 7Y30. A commenter on Best Buy noticed, but received this response from Best Buy (as noted by @lindhartsen on Twitter):

Posted 1 day ago
When deals seem too good to be true, they generally are. Although the design is a Surface Pro, you might be better off getting a Surface Pro 2017 (last years model) rather than this bundle. I thought it was kinda funny that they list this bundle as "Surface Pro 6 128GB" but don't list the processor. It's because the processor on this deal is an Intel M3-7Y30. This processor was first released in Aug of 2016. Also, the type cover isn't the nicer Alcantara leather, it's the cheaper plasticy one. As long as you realize that the heart of this computer is not the same as a normal Surface Pro 6, if you feel it's worth it, then more power to you. As for me, I almost feel like it's false advertising when you say Surface Pro 6 but it doesn't have an Intel Core i5 or i7 processor. If you go to the Microsoft website, you can't even select the 2 year old processor that this deal comes with.

So apparently Best Buy is selling a limited edition "Surface Pro 6," or at least the shell of one, with a lower end processor. It's not the first time Microsoft has released special edition components for a Surface device, they did it for the Surface Go variant from Costco (which is now available also through the Microsoft Store).

As Brad Sams noted on his weekly "Sams Report" podcast, even though this device isn't a full spec Surface Pro 6, this is still a good deal, with a bigger keyboard and screen than a Surface Go, and similar specs, with a keyboard ("Alcantara leather"!!!) for only $599. As the reviewer notes above, it's always a good idea to read the specs when checking out "to good to be true" deals, but in this case, it might just be too good to pass up.

(Update): In spite of what Best Buy has said, above, this does appear to be the same Surface Pro (5) model also sold on the Microsoft Store for (also) $599, confirmed by a Redditor who bought the device and then talked to Microsoft about it.