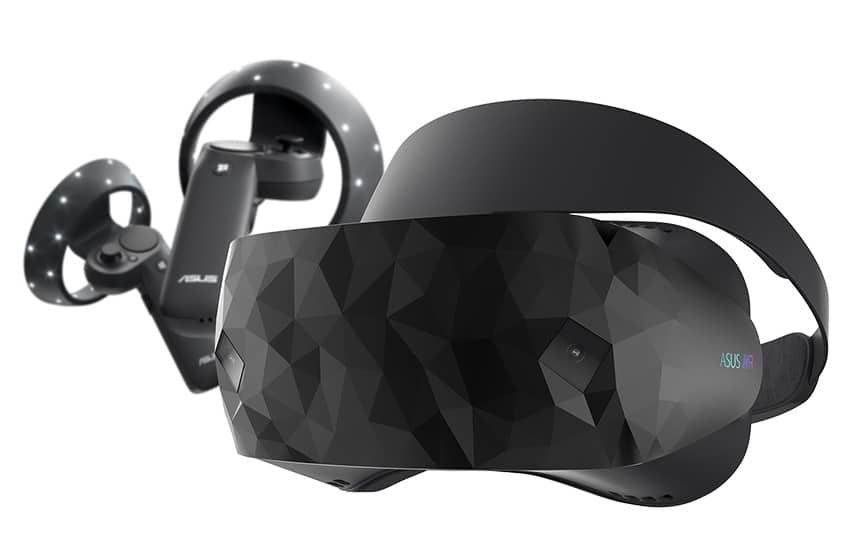 The announcements from IFA 2017 are still rolling in, and Microsoft is now putting the spotlight on the Taiwanese multinational computer company, Asus. Indeed, at IFA 2017 today, Asus revealed a new Windows Mixed Reality headset and a collection of new gaming laptops.

Leading the way is the ASUS Windows Mixed Reality headset (seen in the featured image above.) This headset is uniquely designed, with a pattern of hundreds of 3D polygons, and a glossy effect. It weighs under one pound and had a crown design which will help relieve pressure on your nose and face while you’re wearing it. Other features on the headset include inside-out tracking with two built-in front-facing tracking cameras with 6 degrees-of-freedom (6DoF) position tracking.

Coming in Icicle Gold and Slate Grey colors, next up is the ZenBook Flip 14. This two in one device is super thin and features a discrete graphics card, 360-degree 14-inch NanoEdge Full HD touch screen, and ASUS Pen support. It also comes with The latest 8th Generation Intel Core i7 quad-core processor, 16GB of RAM, 512GB PCIe x4 SSD, and a Harman Kardon audio system. 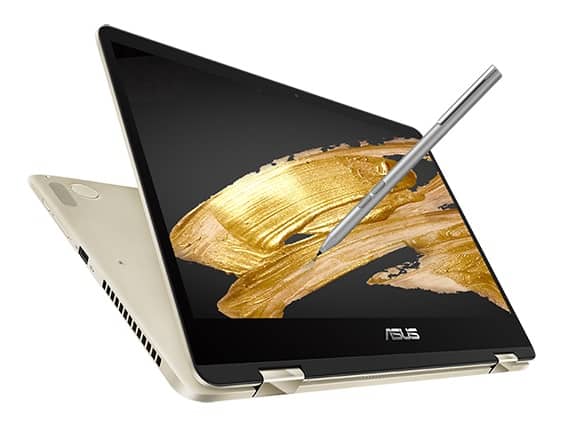 Other Windows 2-in-1’s announced at IFA 2017 today include the VivoBook Flip 14 and the ZenBook Flip 15. The ViviBook FLip 14 features 178-degree viewing angle, 7th generation Intel Coe i7 processor, a fanless design, pen support, and a NanoEdge design that fits a 14-inch Full HD display into a frame that is the size of a typical 13-inch laptop.

Here are the specs and other details for the ZenBook Flip 15. 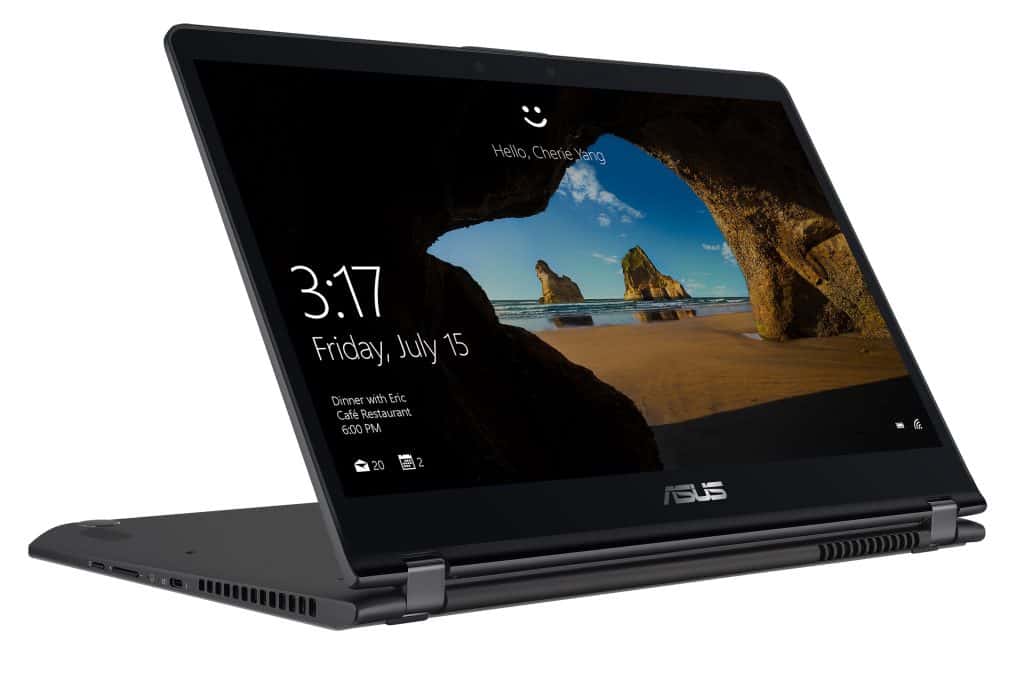