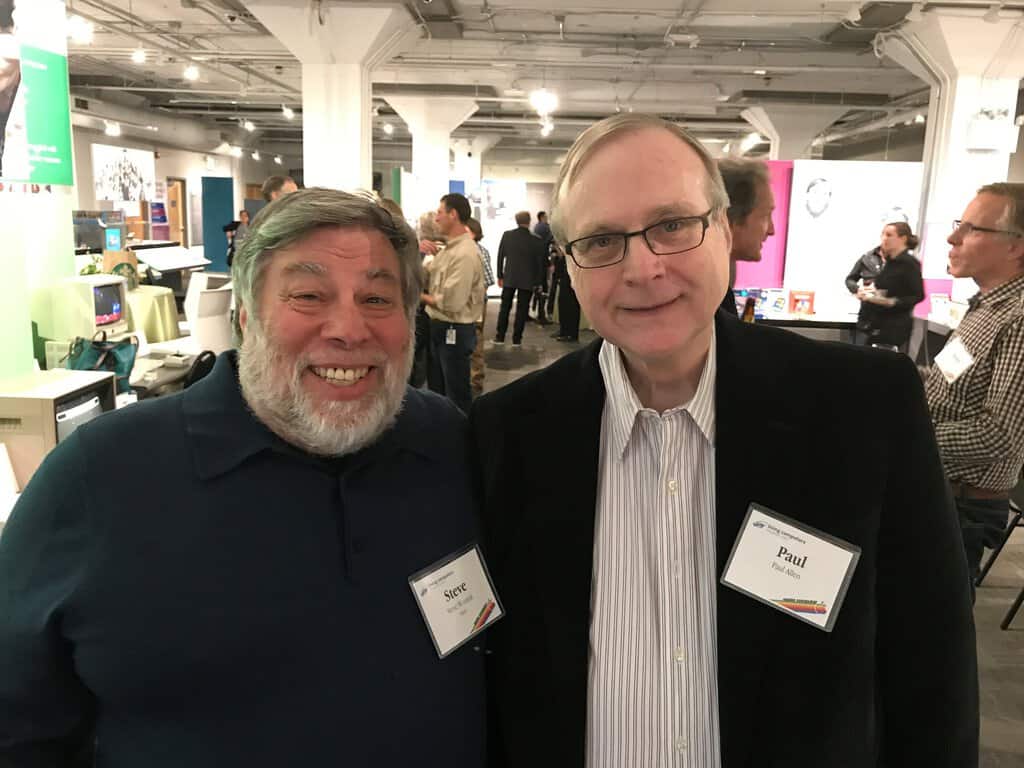 Microsoft co-founder Paul Allen and Apple co-founder are highly respected tech figures as of today, but the programmers and inventors had actually never met each other until yesterday, April 12 (via Geekwire). The tech veterans finally got the chance to chat at private event at Seattle’s Living Computer Museum, where a new permanent exhibition dedicated to the first two decades of Apple Computer Company will debut tomorrow, April 14.

Allen and Wozniak both tweeted about the friendly encounter a few hours ago:

.@LivingComputers tonight. Had great time reminiscing w @Apple co-founder @stevewoz. His Apple I design that was in Jobs' office on view Fri pic.twitter.com/aKufRNeG6J

Got to tell Paul Allen how what he did was a part of starting Apple. That's what doing things first is about. pic.twitter.com/A2Fws6mcai

As a reminder, Microsoft was officially co-founded by Allen and Bill Gates in April 1975, and Apple was co-founded by Wozniak and Steve Jobs a year later. Unlike Microsoft, Apple directly entered the hardware business, with Wozniak being credited for inventing the Apple 1 computer (a working model that was in Steve Jobs’ office will be on display at the Living Computer Museum for the duration of the temporary exhibition).

Wozniak later left Apple back in 1985, but Microsoft had already started writing software for Apple during the first few years of the Macintosh. As for Allen, he left Microsoft a few year earlier, in 1982. Allen and Wozniak seem to have spent a good time together yesterday, and it’s still fascinating to see that the two of them never met in person after all these years.