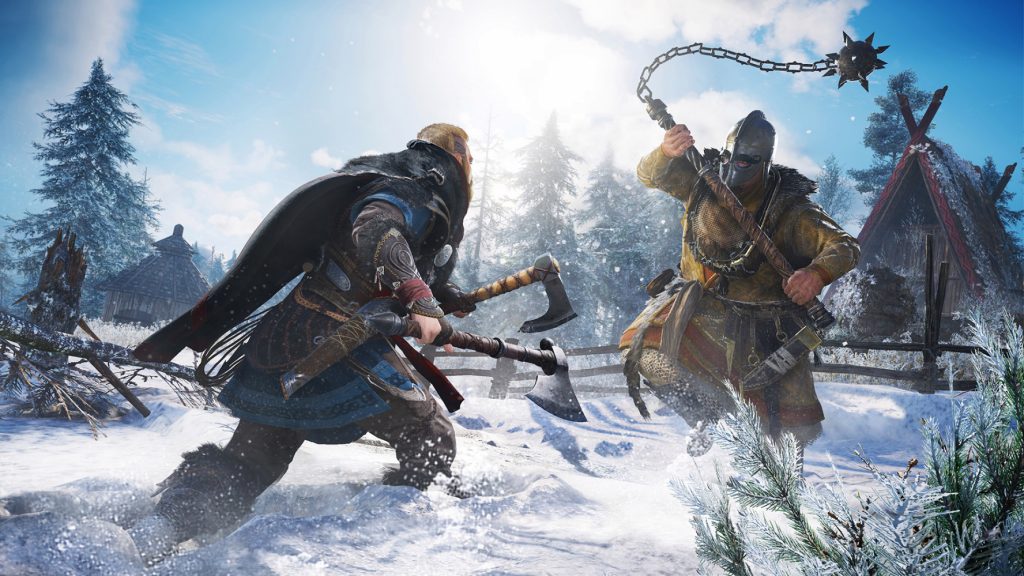 Following the official announcement yesterday, Assassin’s Creed Valhalla got its first cinematic trailer today, which includes an Xbox logo right at the beginning of the video. Ubisoft may well have a marketing deal with Xbox for this game, which will likely be showcased during the May 7 Inside Xbox episode that will focus on next-gen games reveals. A reply from the official Ubisoft Twitter account to today's Inside Xbox announcement suggests that it will be the case.

Assassin’s Creed Valhalla will apparently expand the RPG mechanics introduced in Assassin’s Creed Origins and Assassin’s Creed Odyssey, with the ability to choose a man or woman character, get some romance possibilities, and forge political alliances. It’s been confirmed today that the game will be released on Xbox One and Xbox Series X in Holiday 2020, but Reddit user jnborwn925 also saw today on the game’s Best Buy listing today that it will support Smart Delivery.

With Smart Delivery, Microsoft is allowing developers of cross-gen games like Assassin’s Creed: Valhalla to deliver the right version of that game on whatever Xbox console you’re playing on. In other words, you’ll only need to buy the game once and your console, whether it’s an Xbox One or an Xbox Series X, will download the version of the game that’s optimized for your hardware.

Back in February, CD Projekt also confirmed that its upcoming Cyberpunk 2077 game will also support Smart Delivery. "Gamers should never be forced to purchase the same game twice or pay for upgrades,” the company said at the time.

It’s nice to see that Ubisoft and CD Projekt Red are on the same page, though Ubisoft is a much bigger developer and it's not clear yet if all upcoming Ubisoft games will support Smart Delivery. It also remains to be seen if other big publishers such as EA, Activision, or Rockstar Games will also support Microsoft's gamer-friendly initiative.