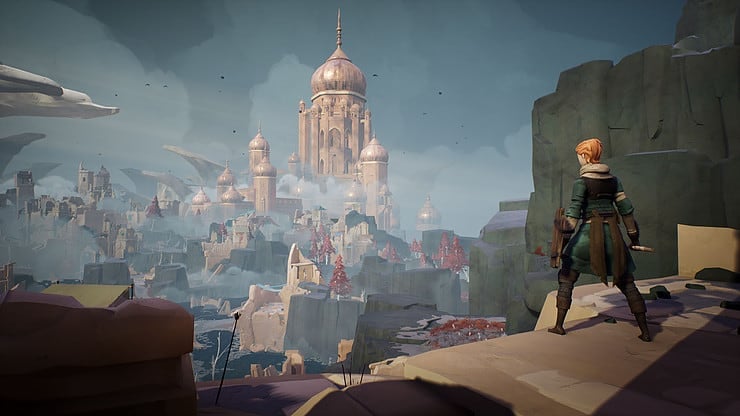 Ashen, one of the latest additions to Xbox Game Pass, was initially announced as an Xbox Play Anywhere title by Microsoft. Unfortunately, when the game launched on the Microsoft Store on December 7, it was only available for the Xbox One, not for Windows 10 PCs.

As it turns out, the PC version of Ashen is currently exclusive to Epic Games new digital store that launched last week. Until now, it wasn’t clear if Epic Games scored a timed exclusivity deal for Ashen, but both Game Director Derek Bradley and the [email protected] team confirmed today that the game is eventually coming to the Windows 10 Microsoft Store.

We were thrilled to see Ashen come to #XboxOne, but we know that Win 10 fans are looking for answers about what's in store for them...
We're continuing to work closely with @A44games, to support them in making the Windows 10 version available as soon as possible. https://t.co/JmiFo6Zqr4

“We are currently working with our partners at Microsoft and the [email protected] team on bringing Ashen to the Microsoft Store on Windows 10 as soon as possible,” wrote Bradley. “We wholeheartedly agree that this would have been better available day one. We are a small studio that just shipped a very big game, but have been actively working to get it there. Rest assured, it is coming,” he continued. Bradley didn’t specify today if the Microsoft Store version of Ashen will also get support for Xbox Play Anywhere, as it was initially announced. Microsoft recently updated its Xbox Play Anywhere page on xbox.com to remove Ashen from the list, so better not to get your hopes up.

Interestingly, Bradley also said that the Epic Games Store PC exclusivity was "a unique opportunity that does not come around for an indie title like ours very often," adding that it was in the game's best interest to be "featured in a place that isn't crowded." Moreover, the Game Director added that "the promotion we are and will be receiving from our partners at Epic is tremendous." When you think about it, these are some pretty harsh words about the Windows 10 Microsoft Store: despite the digital storefront being pre-installed on all W10 PCs, the game developer chose to team up with a challenger that apparently does a better job at promoting PC games than Microsoft does on its own store.

Fortunately, Xbox head Phil Spencer recently acknowledged that Microsoft has "a ton of work to do on Windows," and that's an understatement. "I’m going to take a bigger leadership role on what’s going on with the Windows Store, make it really tailored to the gamers that we know want to see the best from what we have to offer,” Spencer said.

Alexa can now check your Outlook.com email for you, gains location based routines