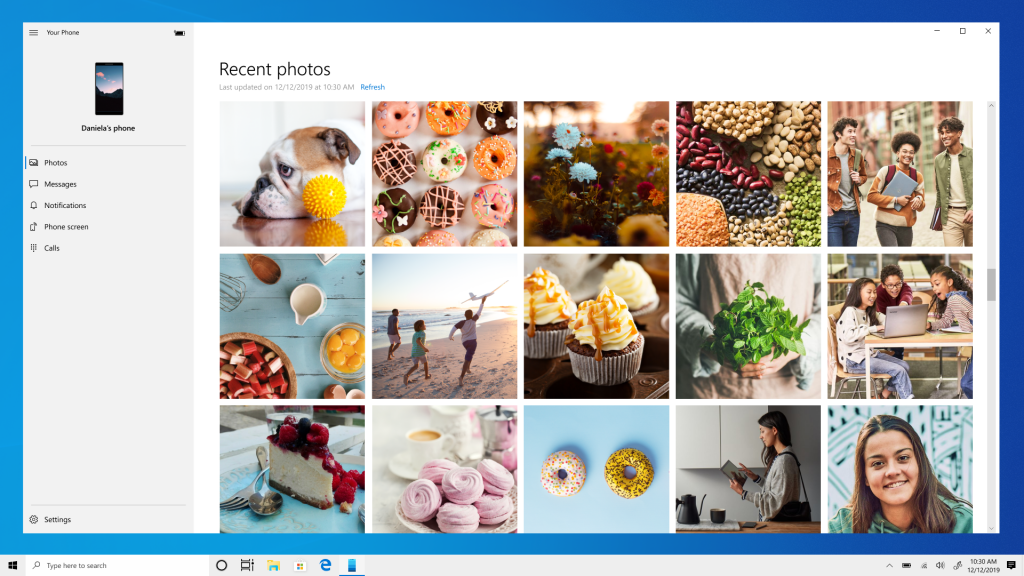 Microsoft today announced the release of Windows 10 Insider Preview build 19536, and it is one of the biggest builds in a while. The release delivers on some important changes for the Fast Ring, as well as some improvements for the Optional Drivers experience, but that's not all. Indeed, Microsoft also detailed that it will be evolving the Your Phone app to allow Android users to interact with 2,000 of the most recent photos on their phones, right on Windows 10.

According to Microsoft, this new feature was developed based on the feedback of avid Your Phone app users. The company also promises that it means you'll no longer need to email photos to yourself. "Today, we’re happy to announce that we’ve addressed this by letting you view and interact with your most recent 2,000 photos from your Android smartphone’s camera roll on your PC," explains Microsoft.

The feature looks like it is not linked to a specific Windows Insider build, and will gradually roll out first to Windows Insiders on the Windows 10 May 2019 Update or newer. Nothing much has changed in terms of requirements for this feature. You need an Android phone running Android 7 or higher, and a PC with the Windows 10 April 2018 update or higher.

This news comes after Microsoft announced the general availability of the phone calls feature in the Your Phone app. It also was recently announced that Phone Screen also now supports pen input. Windows Insiders can use a digital pen with a compatible stylus to input on any touch screen enabled Windows 10 PC to interact with their mobile apps while in a Phone screen session.