Last month, Microsoft allowed Xbox Game Pass Ultimate subscribers to play over 100 games from the catalog on Android devices via Project xCloud, which the company now calls "Cloud Gaming.” You need an Xbox Wireless controller or third-party controllers to play Xbox games on Android phones or tablets, though Microsoft is working hard to add touch controls for games in the catalog. 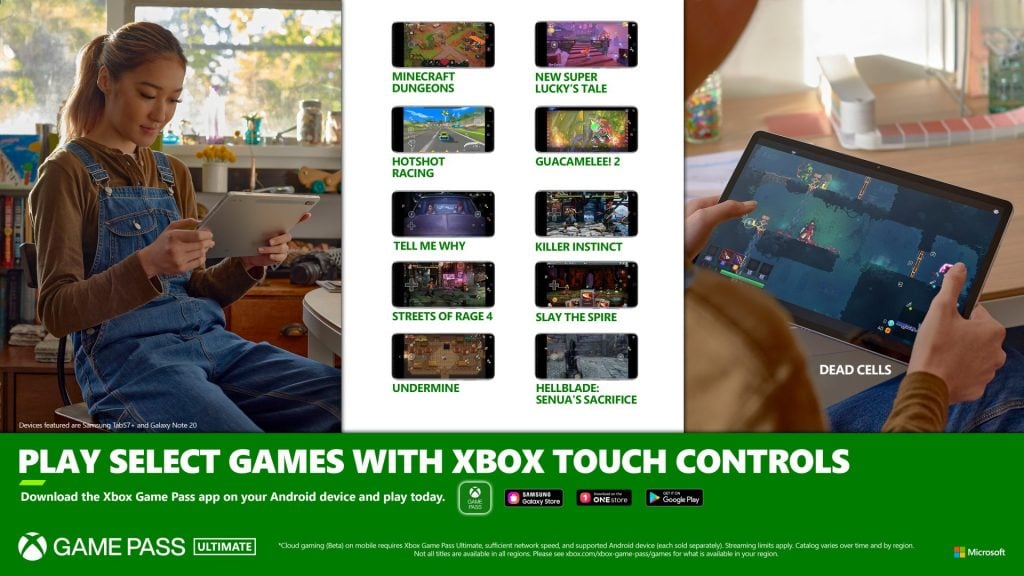 "Touch controls have been one of the top-requested features for cloud gaming, so to build this collection we worked closely with players and game designers to create a familiar experience, and support a level of play that you’re used to with a physical controller. For each title that uses Xbox touch controls we’ve worked to create an experience designed specifically for that game on mobile devices,” explained Catherine Gluckstein, GM & Head of Product, Project xCloud.

Microsoft plans to bring touch controls to more Game Pass titles available on Android over time, and it's good to see that each game can have customized buttons that don't necessarily reflect the different buttons on the Xbox Wireless Controller. Google's competing Stadia cloud gaming service also added touch controls support earlier this year, though the company simply started by adding all buttons from the Stadia controller on smartphone screens.