Analysts’ predictions on Microsoft getting out of the Surface business are “so far from the truth,” says Panos Panay 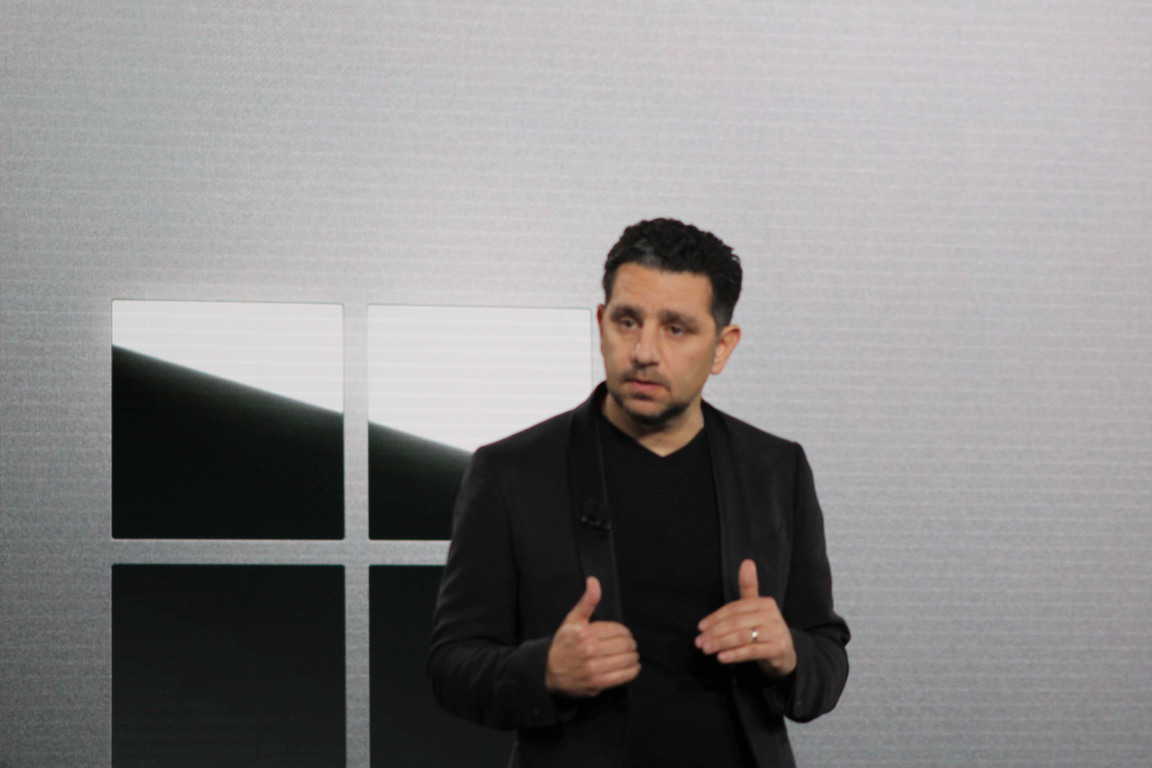 Last week, Canalys’ CEO and Lenovo’s COO made headlines when they forecasted that Microsoft could kill its Surface business by 2019 or earlier. The comments were made at the EMEA Canalys Channels Forum in Venice, with Lenovo’s COO Gianfranco Lanci saying that “Microsoft is making a lot of money on the cloud and enterprise and on Windows, and it is definitely losing a lot of money on devices and I see no reason why they would want to continue with the Surface.”

These pessimistic comments came right at the time when Microsoft also announced that it was dropping its Groove Music Pass subscription (as well as music sales on the Windows Store), casting some doubt on the company’s long-term interest in the consumer market. If it was pretty hard to see Microsoft abandoning what is now a billion-dollar business, with both consumer and enterprise appeal, Panos Panay, Microsoft’s corporate vice president of devices finally addressed the topic yesterday.

“It’s so far from the truth,” said Panay to Business Insider, labelling these recent comments from industry execs as “tabloid rumor of the week.” According to the exec, Microsoft is really serious about its Surface business because it ultimately benefits the Windows 10 ecosystem, even if Microsoft is competing with PC OEMs.

Microsoft isn’t running for the exits, Panay said. Instead, the company is in hardware for the long haul, and Surface isn’t going anywhere, he said. In part that’s because for Microsoft the Surface business is more important than selling hardware, he said. Improvements Microsoft has made to the Surface devices have often led to similar improvements across the entire PC market, he said. For example, as Microsoft has improved the speed and accuracy of its stylus, Surface Pen, that code has made its way back into Windows 10, improving the experience of using a stylus on PCs from other manufacturers.

Microsoft’s Surface Business wasn’t an immediate success for the company, especially when you consider the Surface RT flop that resulted in a $900 million dollar write-off for the company back in 2013. Despite these early struggles, Panay says that “there was no loss of confidence” at Microsoft, which righted the ship the following year with the Surface Pro 3. “There was a real belief in how we can change the world,” added the exec, and the company’s perseverance obviously paid off after all these years.

Surface is now highly regarded in the tech world, even by some Apple fans who acknowledge that Microsoft may now be out-innovating Apple. It’s clear that the brand has definitely become very valuable for Microsoft, and it doesn’t make a lot of sense to let it go after it clearly left its mark in the PC market, as well as the tablet market (see what Apple did with its iPad Pro). More competition is good for both consumers and manufacturers, and we hope Microsoft will continue to push boundaries with its hardware efforts.