An update on the Unified Update Platform, and how it will affect retail Windows 10

A couple months ago, Microsoft introduced the Unified Update Platform (UUP), a new delivery technology that improves the way updates are downloaded and installed on all Windows 10 devices. UUP allows Microsoft to reduce the download size of build updates by pushing “differential download packages” to users, which only include changes that have been made since the last update.

Microsoft started using UUP to release new Insider Preview builds last year, starting with the mobile build 14959 and the PC build 14986. Yesterday, the company shared an update on its new platform, which will soon roll out to all Windows 10 users with the upcoming Creators Update:

As we discussed in November, as we roll out UUP in our retail release, users can expect their download size to decrease by approximately 35% when going from one major update of Windows to another. For retail users, the first time they get the UUP client code is part of the Creators Update, therefore, they will see the benefit of differential download packages when they go from the Creators Update to the next feature update of Windows.

As you can see in the chart below, the median download size of differential packages is substantially smaller compared to canonical download packages (for full builds), and which means they should download faster. 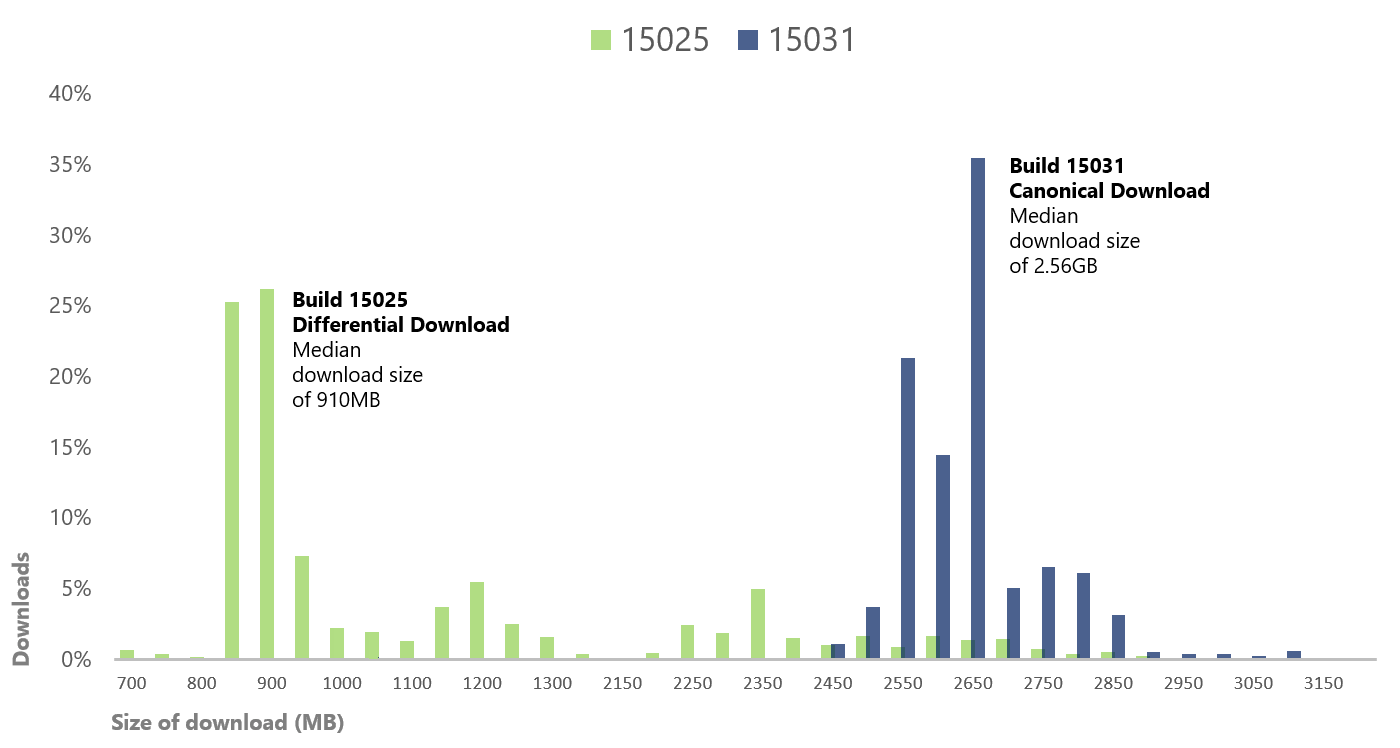 Users can expect their download size to decrease by roughly 35%.

For now though, not all Windows Insiders will receive differential download packages when downloading new Insider builds. “A baseline build has to be set for differential download packages and if that baseline build is newer than the build Windows Insiders are updating from (in the case where they are not on the latest flight) – they will receive a larger download,” explained Microsoft.

Overall, the Unified Update Platform should improve the update process for all Windows 10 users going forward. The company calls the new delivery technology a “generational shift,” and the change will likely be welcome by those of of you living in areas with poor connectivity. If you’re a Windows Insider, sound off in the comments if you already noticed a difference when installing new preview builds on your Windows 10 devices.