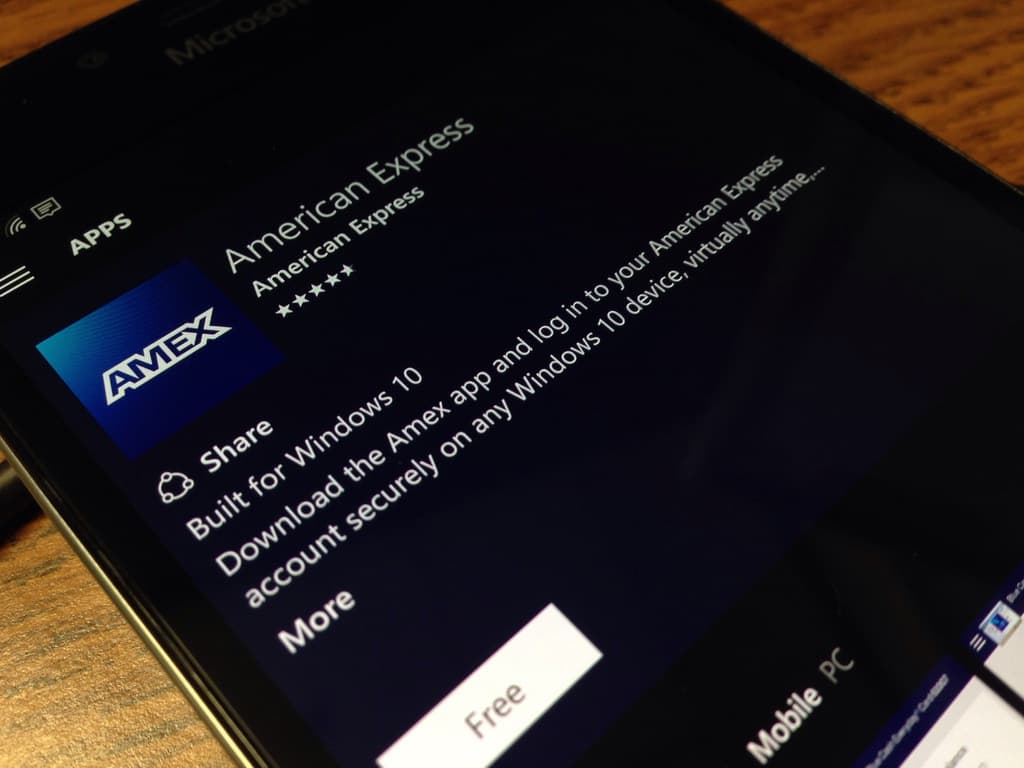 If you’re an American Express user who’s been jonesing for a Windows 10 app, then apparently there’s some good news for you. The American Express Universal Windows Platform app, which apparently has been absent from the Windows Store, should be making its way back there soon.

@lloydwem It should be back by the end of this week. ^E

We reported on the original release of the app way back in December, 2015, and according to Windows Central the app was pulled from the Store last month. So, if you’re ready to give the app another try, then keep your eyes open for its return to the Windows Store by the end of this week.