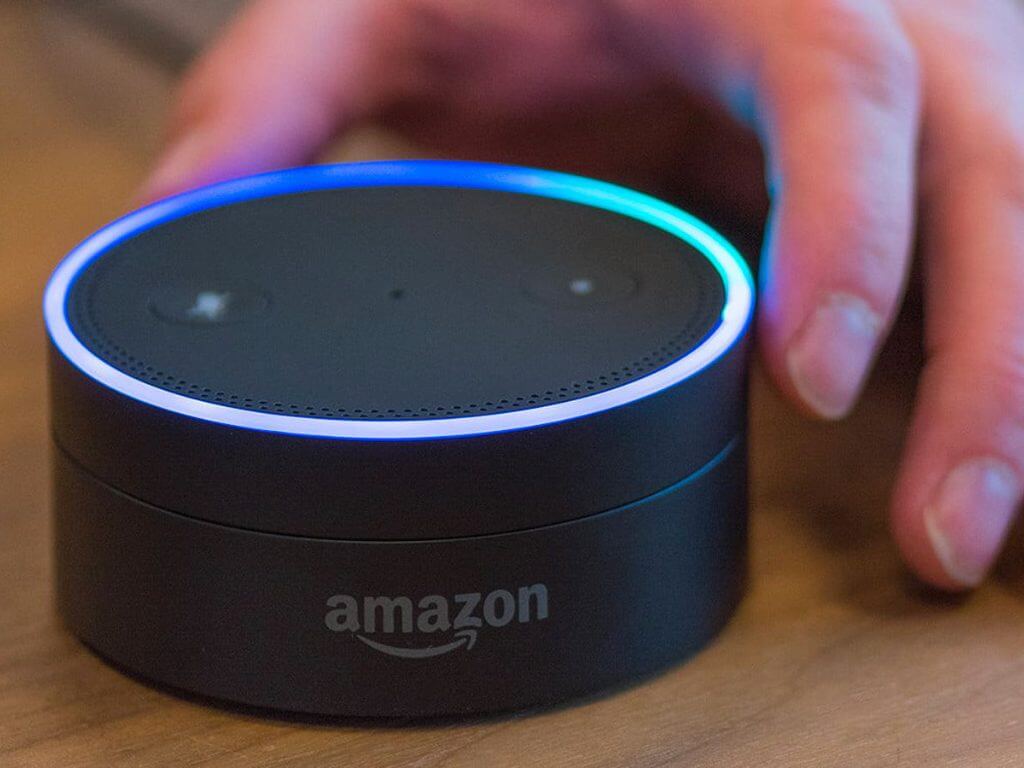 Microsoft may have backed out of its ambitious consumer driven focus on the smart assistant wars at the right time as Amazon's Alex voice assistant is under scrutiny for instructing a ten-year-old girl to play with live electrical plugs.

News broke yesterday of an incident over the holidays that involved a young girl, an Amazon Alexa voice assistant and a question that resulted in the company having to issue a hot fix for its Alexa platform to avoid a potential life threating incident in the future.

Kristin Livdahl, the mother of the girl who asked Amazon's Alexa for a "challenge to do," took to Twitter to presumably raise concern about the incident. 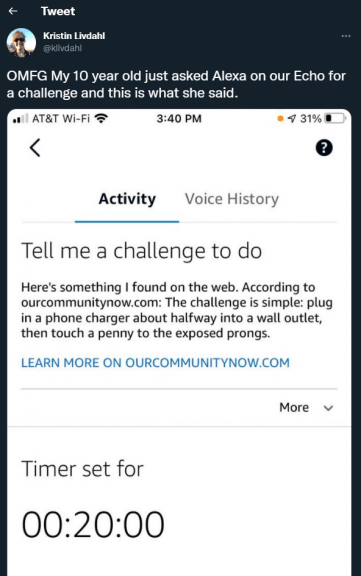 A few tweets later, Livdahl explains how she and her daughter ended up being instructed to play with a live plug.

We have been doing some physical challenges from a Phy Ed teacher on YouTube as the weather gets colder and she just wanted another one. I was right there. The Echo was a gift and is mostly used as a timer and to play songs and podcasts.

Despite Amazon's market share and overall consumer usage Alex it is still prone to ingesting and interpreting human behavior sans context in a similar fashion as Microsoft's infamous Tay incident. Where Microsoft's naive artificial intelligent algorithm was gamed by antithetical racism and bigotry, Alexa simply sourced a year old TikTok challenge without the contextual markers to identify its dangerous nature.

Fortunately, both the Livdahl and her daughter understood the contextual nature of inserting metals in electrical sockets and avoided a potentially deadly outcome.

In a statement to the BBC, Amazon reassured customers that it "took swift action to fix it."

Customer trust is at the center of everything we do and Alexa is designed to provide accurate, relevant, and helpful information to customers.

Amazon Alexa's recent incident shines a light on just how much work artificial intelligent platforms that rely on machine learning still need when it comes to contextualizing data.

While Microsoft aimed to use Cortana in an identical fashion as Siri, Google Assistant, Bixby and Alexa, it's clear the company didn't have the cache to make its own voice assistant enticing enough for the average consumer. However, pivoting to more business-oriented tasks, Cortana can avoid some of the pitfalls modern voice assistants are culpable for in their Swiss Army-like nature. Few people in the office are looking for "more challenges."

In 2021 it is simply is not enough to just provide voice projected search results, but instead these platforms are now being asked to sift and sort them by relevance, importance, accuracy and context before spitting out an answer. Hopefully, the Livdahls don't get suggested TidePods, Salt and Ice, Cinnamon, Condoms, or Ghost Peppers in the future simply because "challenge" is in their titles.