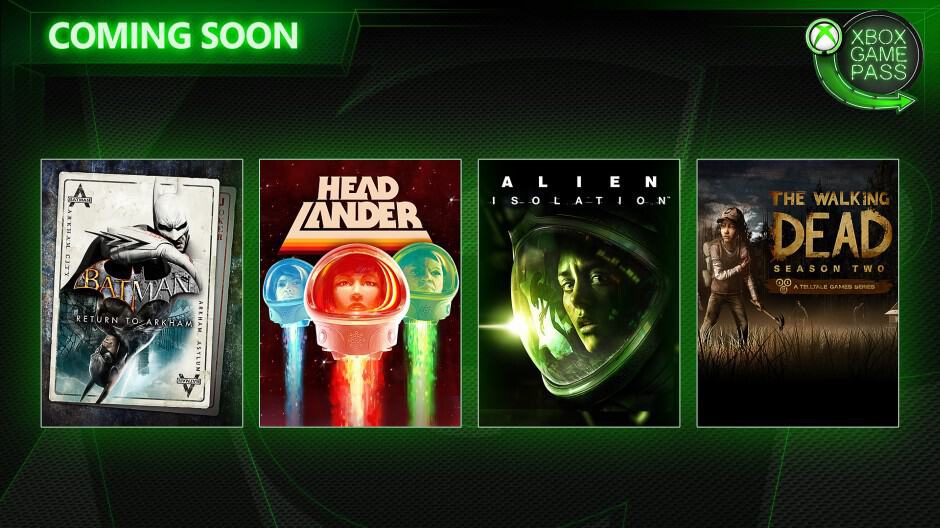 Microsoft’s Xbox Game Pass subscription service already picked up five new games in February including Shadow of the Tomb Raider, The Walking Dead: The Complete First Season, and the Xbox One/Windows 10 exclusive Crackdown 3, tomorrow, February 21, Disney Epic Mickey 2: The Power of Two and the metroidvania-style game Headlander will be free to play for Game Pass subscribers, in addition to the previously announced Batman: Return to Arkham.

The Xbox team apparently wanted to end February with a bang as two more games will come to the catalog on February 28. First of all, The Walking Dead: Season Two from Telltale Games will join the first season of the game that was added earlier this month. Last but not least, Microsoft will be adding the survival horror classic Alien: Isolation, a game that received praise for its artistic direction and stealth mechanics.

Overall, that’s 10 new games arriving on Xbox Game Pass in February, which is quite impressive considering this is the shortest month of the year. Unfortunately, 10 games will also leave the catalog at the end of the month including Shadow Warrior, Aven Colony and the first episode of Resident Evil: Revelations 2.

How to take a screenshot in Windows 10