Shadow of the Tomb Raider is coming to Xbox Game Pass on February 7 - OnMSFT.com Skip to content
We're hedging our bets! You can now follow OnMSFT.com on Mastadon or Tumblr! 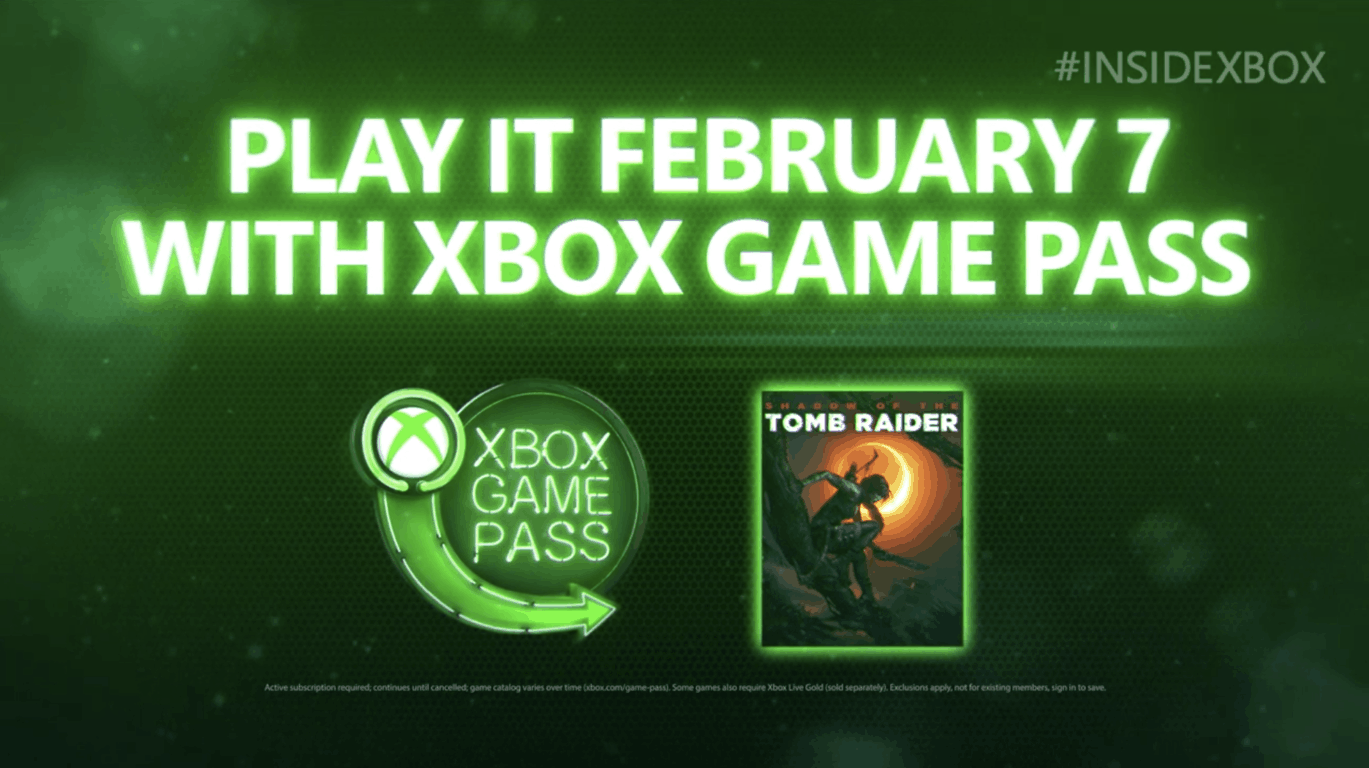 Shadow of the Tomb Raider was released back on September 14, and it's actually quite surprising that Microsoft has been able to add the game to Xbox Game Pass so early. The game is about to get its fourth DLC, "The Price of Survival" on February 12th, and developer Eidos Montreal still has some more additional content in the pipeline.

Solve a mystery behind Lara Croft's greatest foe in "The Price of Survival" available February 12th. Lara must conquer a new challenge tomb filled with poisonous traps, while defeating the elite soldiers that stand in her way.https://t.co/ixXE3lYJOM pic.twitter.com/wKv0oXpRXY

Microsoft also announced four new other games coming to Xbox Game Pass later this month: The Walking Dead: Season 1 and Pumped BMX Bro are both coming on February 7 along Shadow of the Tomb Raider, and they will be followed by De Blob on February 14 and then Batman: Return to Arkham on February 21. This is in addition to Crackdown 3, the next Xbox One/Windows 10 exclusive to be released on February 15.

Our profile pic eclipse teaser thingy is now complete. Shadow of the Tomb Raider (and more) will be available Feb. 7 + even more coming soon pic.twitter.com/LvAhEv7eBJ

If you have yet to subscribe to Xbox Game Pass, you can currently get your first month of subscription for just $1 instead of $9.99. The catalog currently includes over 100 Xbox One and Xbox 360 games, and Microsoft keeps adding quality titles month after month.